The American Civil Liberties Union (ACLU), the ACLU of Florida, and the Podhurst Orseck law firm have filed a lawsuit in federal court on behalf of eight same-sex couples and SAVE, an LGBT rights organization based in Miami, challenging the state of Florida’s refusal to recognize their marriages, which were performed in other states and recognized by the federal government.

These eight couples have all the rights and responsibilities of marriage in the states where they exchanged vows, and the federal government recognizes their marriages as well. It’s time for Florida to stop the harmful practice of treating committed couples as if they are strangers.”

Status: Victory! On Aug., 21 2014 the district court judge granted plaintiffs’ motion for a preliminary injunction and ruled that Florida’s marriage bans are unconstitutional. The ruling was stayed and the stay was set to expire on January 5, 2015. Additionally, on September 4, 2014, the state filed a notice of appeal with the 11th Circuit Court of Appeals. When the 11th Circuit denied that request, the State filed an application for a stay extension at the U.S. Supreme Court. The Court rejected their request. U.S. District Judge Robert Hinkle issued an order stating that the stay would be lifted at the end of the day on January 5th. 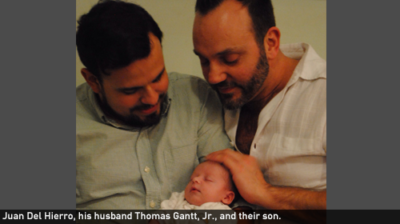