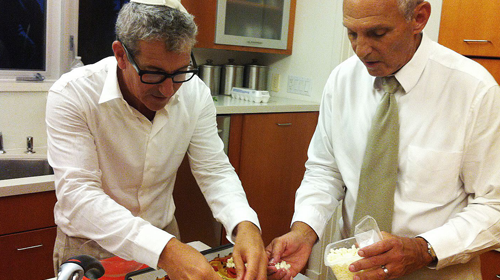 Richard Milstein and Eric Hankin have been together for 12 years and currently live in Miami Beach, where Richard went to elementary through high school; Richard received his undergraduate degrees from Miami-Dade College and the University of Miami, where he also received his law degree.

Richard is an attorney who specializes in trusts, estates, and family services, with a particular focus on vulnerable adults and children. Richard has been an active leader in the Florida and Dade County Bars and in the Miami-Dade community for decades, volunteering numerous hours to a variety of civic causes. Eric, who has resided in Miami Beach for almost three decades, is an architect who currently teaches architecture and design in a nationally recognized magnet public school in Miami. They were married in Iowa in March 2010.