On the night of October 20, 2010, Angel Escobar and Jorge Sarmiento were in their beds in their small, two-bedroom apartment in the Clairmont complex in Nashville. Several roommates and friends were in other rooms. The doors and windows were all shut and locked. Suddenly there was a loud banging at the door and voices shouting “Police!” and “Policia!” When no one answered, the agents tried to force the door open. Scared, occupants hid. U.S. Immigration and Customs Enforcement (ICE) agents began hitting objects against the bedroom windows, trying to break in. Without a search warrant and without consent, the ICE agents eventually knocked in the front door and shattered a window, shouting racial slurs and storming into the bedrooms, holding guns to some people’s heads.

The Fourth Amendment strictly prohibits warrantless intrusions into private homes and the Constitution’s protections apply to both citizens and non-citizens alike. In the absence of a judicially authorized warrant, there must be voluntary and knowing consent; ICE officers forcing themselves into someone’s home does not constitute consent.

In October 2011, the ACLU Immigrants’ Rights Project and ACLU of Tennessee filed a lawsuit in federal court on behalf of fifteen residents of the apartment complex who were subjected to the raid by ICE agents and Metro Nashville police officers. Among the plaintiffs are U.S. citizens, including a child detained and interrogated while playing soccer on the playground simply because of the color of his skin. In addition to the ACLU, the plaintiffs are represented by Hughes, Socol, Piers, Resnick & Dym, Ltd., and Ozment Law.

On July 27, 2015 the ACLU announced a settlement in the case. ICE and Metro Nashville police agreed to pay $310,000 to settle all claims, and ICE granted the noncitizen plaintiffs deferred action status for seven years. 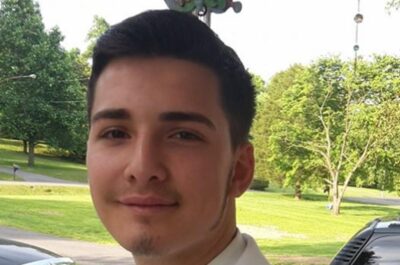 "We Don't Need a Warrant, We're ICE"
Support our on-going ligitation and work in the courts Donate now