The ACLU and the Office of the Federal Public Defender of Colorado jointly represent Jamshid Muhtorov in his challenge to the constitutionality of Section 702 of the Foreign Intelligence Surveillance Act (FISA), and the lawfulness of other spying methods the government used against him.

Mr. Muhtorov is a lawful permanent resident of the United States who hails from Uzbekistan. There, he led a regional branch of the country’s only human rights organization, and became one of the country’s most prominent human rights defenders. Due to his activism, Mr. Muhtorov and his family were persecuted by Uzbekistan’s ruling regime, and they eventually sought refuge abroad. In 2007, the United States granted Mr. Muhtorov, his wife, and their two young children granted admission to the United States as political refugees. They settled in Denver, Colorado, and became permanent residents. Shortly thereafter, the U.S. government began surveilling Mr. Muhtorov, and in 2012, the government charged him with providing material support to a terrorist organization in Uzbekistan. He was detained for six years before being brought to trial.

In 2013, after Edward Snowden’s revelations about the scope of the National Security Agency’s mass surveillance, Mr. Muhtorov became the first person to receive notice from the government about the monitoring of his communications under Section 702 of FISA. This highly controversial statute allows the NSA to engage in dragnet, warrantless surveillance of Americans’ international phone calls, emails, chats, and web-browsing.

Over the course of Mr. Muhtorov’s case, it became clear that the government’s investigation of him involved a variety of spying tools—many of which remain shrouded in secrecy—expanding beyond Section 702 surveillance. For years, federal agents tracked Mr. Muhtorov’s comings and goings. They installed bugs in his home, listening to the intimate details of his family life. They recorded his phone calls. And they intercepted untold amounts of his electronic communications.

Before his trial, Mr. Muhtorov sought to suppress evidence obtained or derived from Section 702, on the grounds that this warrantless surveillance violates the Fourth Amendment and Article III of the Constitution. Mr. Muhtorov also moved for disclosure of the government’s surveillance applications, so that he could meaningfully challenge the government’s legal and factual arguments. Finally, Mr. Muhtorov requested notice of the government’s reliance on any undisclosed surveillance in its investigation—because without notice, he would have no way of challenging the lawfulness of those techniques. The district court denied these motions, and now the Tenth Circuit is considering these issues on appeal in his case, United States v. Muhtorov.

Under Section 702, the government intercepts billions of international communications sent by hundreds of thousands of people, including American citizens, lawful permanent residents, and others in the United States. The government stores these communications in massive databases, retains them for years, and searches them repeatedly for information about people in the United States—including in domestic criminal investigations. This surveillance takes place inside the United States, and with only very limited involvement by judges on the secret Foreign Intelligence Surveillance Court. All of this surveillance is conducted without a warrant, in violation of core Fourth Amendment protections.

Mr. Muhtorov was one of the many people in the United States whose private communications have been vacuumed up, pooled together in government databases, and then examined by FBI agents without a warrant under Section 702.

Due Process Requires Notice and Disclosure of Surveillance in Criminal Cases

In addition, the government appears to have relied on other novel surveillance tools, like Executive Order 12,333, in its investigation of Mr. Muhtorov. Due process requires that defendants have a meaningful opportunity to challenge unlawful surveillance used against them. But the government refused to notify Mr. Muhtorov about other types of secret surveillance—leaving him in the dark and unable to meaningfully challenge the lawfulness of those spying tools.

Who Did the NSA's Illegal Spying Put in Jail? 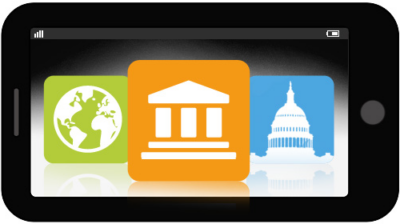 Who Did the NSA's Illegal Spying Put in Jail? 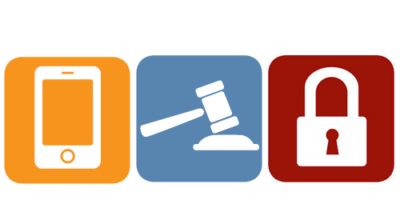