In January 2011, the ACLU and Electronic Frontier Foundation (EFF) filed three motions on behalf of Birgitta Jonsdottir, the Icelandic parliamentarian whose Twitter account records were targeted by the government in connection with its investigation related to WikiLeaks.

On March 11, 2011, a federal magistrate judge in Virginia ruled that the government can collect the private records of Jonsdottir and two other Twitter users as part of its investigation related to WikiLeaks, and that those users and the public can be prevented from seeing some of the documents that the government submitted to the court to justify obtaining their records. The court did make public all of the documents related to the users’ legal challenge. The ACLU and EFF filed an appeal to this ruling on March 25.

The March 11 ruling did not address the question of publically listing (or “docketing”) documents relating to Jonsdottir from the government’s WikiLeaks investigation– these documents include the order requiring Twitter to provide account information, as well as any other orders that may have been given to other companies. On May 4, the magistrate judge issued a ruling that required docketing by the court for the Twitter order, but did not require public docketing for other documents, such as orders to companies other than Twitter. However, based on the file numbers that have been created, it appears likely that there are additional orders whose existence remains secret.

On May 19, ACLU and EFF appealed the magistrate judge’s May 4 ruling, asking the district court judge to require public docketing for all court documents relating Jonsdottir and the two others as part of the government’s investigation. Although this appeal won’t unseal any of those documents, public docketing would reveal the existence of orders the government may have gotten for other companies – as well as whether anyone else is challenging them.

On November 10, the district court judge upheld the magistrate judge’s decisions, ruling that the government can collect the private records of the three Twitter users. In an effort to prevent private information from being disclosed before the appeals court had the opportunity to rule, the ACLU and EFF filed a motion on December 2 asking the district court judge to stay his ruling and issue an injunction to stop enforcement of the government’s order to Twitter pending an appeal. On January 4, 2012, the judge denied the motion to stay, and the motion to vacate the order to Twitter was not appealed.

In its November 10 ruling, the district court also refused to unseal or publicly list all orders and other court documents relating to the users – that ruling was appealed to the U.S. Court of Appeals for the Fourth Circuit on January 20, 2012, and oral argument is scheduled for October 26. The court denied the appeal on January 25, 2013.

Judge Rules Against Privacy and Free Speech in Twitter/WikiLeaks Case

In Court Today: Fighting Judicial Secrecy in the WikiLeaks Investigation 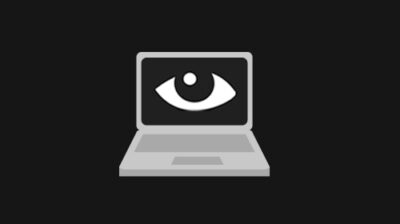 In Court Today: Fighting Judicial Secrecy in the WikiLeaks Investigation