The American Civil Liberties Union, the ACLU of Illinois, and Mayer Brown LLP filed a motion to intervene on behalf of Students A, B, and C, through their Parents and Legal Guardians, and the Illinois Safe School Alliance. The intervention comes after an effort to reverse an agreement reached between suburban Chicago High School District 211 and the U.S. Department of Education after a complaint filed by Student A, a female student in the District, resulted in her being permitted to use the locker room consistent with her gender identity. The lawsuit, filed by District 211 community members labeling themselves as Students and Parents for Privacy, seeks to block Student A and other transgender students from using restrooms and locker rooms that are consistent with their gender identity.

In 2013, Student A, with the help of the ACLU of Illinois, filed a complaint with the U.S. Department of Education’s Office of Civil Rights after being denied access to girls’ locker rooms, and instead being forced to use a separate and isolated restroom as a changing area. The complaint argued that District 211’s policy violated Title IX of the U.S. Education Amendments of 1972, a federal law prohibiting sex discrimination by schools. After a two year investigation, the Office of Civil Rights found District 211 in violation of Title IX in a landmark decision and set out to work with the District to end discriminatory practices against transgender students.

“This decision makes me extremely happy – because of what it means for me, personally, and for countless others,” said Student A in November of 2015. Despite this victory for the rights of transgender students, and despite hundreds of student signatures on a student-led petition supporting Student A’s use of girls’ locker rooms, discriminatory and corrosive attitudes persisted.

On May 4, 2016, Students and Parents for Privacy filed a lawsuit against the U.S. Department of Education, the U.S. Department of Justice, and District 211. After hearing from dismayed community members who were disappointed with the actions of those individuals seeking to reverse fair treatment of students who are transgender in their community, the ACLU and ACLU of Illinois filed a motion to intervene on behalf of concerned students and parents.
On June 15, 2016, U.S. District Court Judge Jorge Alonso granted the motion. “We look forward to working closely with the federal government and the school district to defeat this lawsuit at the earliest possible date – to make clear to each and every student in District 211 that they are welcome and will be treated humanely,” said ACLU of Illinois LGBT & HIV Project Director, John Knight. On behalf of Students A, B, and C, by and through their parents and legal guardians Parents A, B, and C, and the Illinois Safe Schools Alliance, the ACLU will continue to fight for the equal treatment of all transgender students.

Our Child Is a Girl 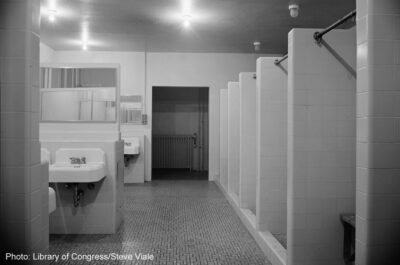