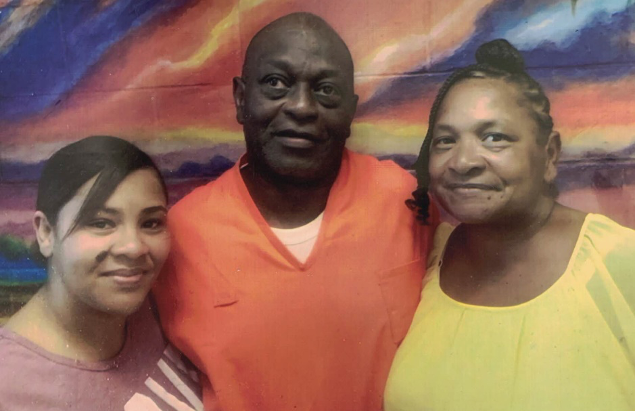 In 2015, longtime ACLU client Dennis Glover was sentenced to death by a non-unanimous jury in Duval County Florida for killing a white woman named Sandra Allen. The ACLU appealed his conviction and death sentence and the Florida Supreme Court, in 2017, affirmed the conviction while reversing the death sentence and remanding for another trial on whether Mr. Glover would live or die.

From the moment he was first questioned, Dennis Glover has always asserted his innocence of the murder and home invasion of his neighbor in a case that has raised several still unanswered questions.

But, in death penalty cases, the question of guilt is separate from the question of mitigating factors, defined by the U.S. Supreme Court as reasons for returning a sentence less than death – or reasons for extending mercy. Mr. Glover’s case had many: he was raised in dire poverty in segregated Georgia by parents with mental illness and alcohol addiction, his father was institutionalized at a notoriously brutal Georgia mental hospital, and Mr. Glover’s school records and IQ testing proved that he is intellectually disabled.

Before seeking a death sentence, prosecutors are supposed to consider these mitigating factors. That is why the ACLU went to the State Attorney in 2017 asking the State to waive the death penalty. The State Attorney said that waiving death could be considered, but insisted that Mr. Glover admit his guilt. Mr. Glover refused.

A standoff ensued for five years. But on October 21, 2022, five years after the ACLU first approached the State Attorney’s Office seeking a waiver of death, the State relented. And Mr. Glover was sentenced to life imprisonment without parole. At the hearing, the prosecutor announced in open court that the State sought the death penalty for five years not because the victim’s family wanted Mr. Glover’s execution, but because all they wanted was for him to admit his guilt.

Dennis Glover’s challenge to death qualification remains relevant in other Florida cases. Mr. Glover’s life sentence moots out a legal challenge the ACLU made to the racially-discriminatory process jury selection process had his case gone forward to a sentencing trial. Although the issue is moot for Mr. Glover’s sentencing, he was convicted by a jury using this discriminatory process and it remains an issue in all pending death penalty cases in Duval County.

On February 17, 2022, the ACLU, on Mr. Glover’s behalf, filed a motion to ban the practice called “death qualification.” Under this practice, all persons so opposed to execution that they could never consider voting for a sentence of death are automatically excluded as jurors.

Studies show that this process whitewashes juries and biases them in favor of execution. For example, in in South Carolina, Louisiana, and California, this jury rigging has been shown, time and again, to disproportionately remove Black jurors.

This ACLU motion relied on an original and path-making study of all available capital trials in Duval County since 2010 (12 trials) involving over 800 jurors. The study demonstrates, as did prior studies in other locations, that death qualification in Duval County Florida has excluded Black potential jurors at more than twice the rate of white potential jurors, and excludes other jurors of color at even higher rates. It also disproportionately excludes religious persons, including Catholics. These exclusions violate multiple protections set out in the Constitution, but, more fundamentally, the principle of equal justice under law.

The State of Florida opposed the motion, but a hearing was not held. Other Florida defendants have since adopted the motion, and it is expected that a hearing will go forward in one of these companion cases in the near future.