RIVERSIDE, CA — In the settlement of a lawsuit against the unconstitutional Youth Accountability Team (YAT) program in Riverside County that treated thousands of youths — especially those of color — like hardened criminals for minor adolescent misbehaviors, the county has agreed to groundbreaking measures.

Under terms of the settlement, the county will no longer enroll youths in the probation program — with its oppressive tactics such as surprise searches, unannounced home visitations, restrictions on who participants could speak to, and interrogations into intimate details of participants’ lives — for adolescent, non-criminal behavior such as talking back to school officials, truancy, or academic problems.

“I know, like all kids, I make mistakes, but that doesn’t mean I should be treated like a hardened criminal in school,” said Andrew M., a plaintiff in the lawsuit. “I felt like I was thrown into a system I knew nothing about, with no guidance or support for me or my family. I want my fellow classmates to be treated like people instead of lost causes.”

And in a model for juvenile justice programs across the country, the settlement calls for youths accused of committing crimes to receive due process protections, including the appointment of a defense lawyer, upon referral to a diversion program such as YAT.

“In Riverside and across the country, policies like those enforced by the YAT program push kids of color out of schools and into the juvenile justice system, just because they engage in commonplace, adolescent behavior,” said Sarah Hinger, ACLU senior staff attorney. “An entanglement in the system at such a young age, particularly for non-criminal behavior, leads to worse outcomes in education, employment, and general well-being.”

The class action lawsuit was filed in July 2018 against Riverside County that oversees the YAT program and funnels millions of taxpayer dollars into it. It was filed by the American Civil Liberties Union Foundation and the ACLU Foundations of Southern California, Northern California, and San Diego and Imperial Counties; the law firm of Sheppard, Mullin, Richter & Hampton LLP; and the National Center for Youth Law.

The suit was filed on behalf of students and the non-profit mentoring organization Sigma Beta Xi that works with youths of color in the area.

Other terms of the settlement, which is pending federal district court approval, include:

The YAT program was created in 2001 in Riverside County to target at-risk youths for intervention. Diversion programs, particularly community-based ones, can serve as positive alternatives to placing juveniles in detention facilities. However, when these programs take the place of school and community-based interventions for non-delinquent behavior, they do more harm than good.

“This settlement shuts off the pipeline to prison for many youth of color,” said Michael Harris, senior director of Juvenile Justice at the National Center for Youth Law. “It moves us closer to a juvenile justice system that is most effective for communities and families by treating kids like kids.”

“This settlement is a great achievement,” said Sheppard Mullin attorney Andrea Feathers. “It’s a win for both the youth of Riverside County and for the County itself. We hope that other counties around the country look to the reforms Riverside County is making to help them improve their own juvenile justice systems.”

Riverside is not the only county to turn to the juvenile justice system for youths who misbehave in school. The ACLU affiliates in California are currently co-sponsoring state legislation, Assembly Bill 901, to ensure all California students are kept off probation when they are not accused of a crime. Under AB901, they would instead be referred to community programs to address school-related and behavioral problems.

This County Criminalized Students for Bad Grades – Until Now 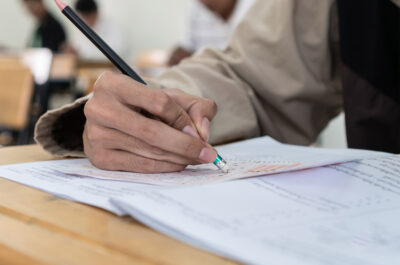 This County Criminalized Students for Bad Grades – Until Now

Innocent Students Are Getting Criminalizing Probation in One California County 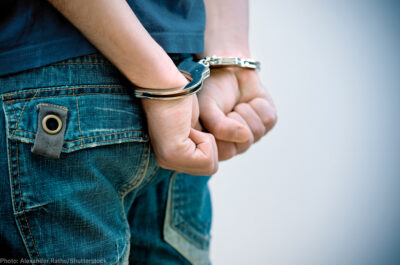