Whether an amendment to the Michigan Constitution barring affirmative action at state universities and colleges violates federal equal protection.

Schuette v. Coalition to Defend Affirmative Action involves a challenge to Proposal 2, a 2006 Michigan ballot initiative that created a state constitutional ban on race-conscious college admissions policies and created a discriminatory system of determining school admission criteria. In 2012, Proposal 2 was declared unconstitutional by the United States Court of Appeals for the Sixth Circuit because it places an unfair burden on those seeking to have race considered as one of many factors in university admissions. This means that in Michigan, while donors, athletic officials, religious organizations, and alumni can each advocate that universities include their constituents in admissions decisions, racial and ethnic minorities and those who support greater student body diversity in these areas are effectively banned from doing so.

Schuette v. Coalition to Defend Affirmative Action comprises two lawsuits that were brought separately. Schuette v. Coalition to Defend Affirmative Action is the name of one case brought by BAMN, which was combined with Cantrell v. Granholm, brought by the ACLU, NAACP Legal Defense and Educational Fund and others on behalf of students, faculty and prospective applicants to the University of Michigan challenging Proposal 2. Attorneys from BAMN and the ACLU argued the case at the Supreme Court on Oct. 15, 2013.

Chase L. Cantrell, a 30-year-old African-American native of Detroit, Michigan, is a graduate of Detroit Public Schools’ Renaissance High School, the University of Michigan’s College of Literature, Science and the Arts (2005), and the University of Michigan’s Law School (2008). Chase is the first in his family to attend graduate school. Chase has been a named plaintiff in Cantrell v. Granholm since its filing in 2006, at which time Chase was a second-year law student. Chase is currently working as an instructor in an underprivileged vocational high school in Bondy, France, a suburb of Paris, for the 2013-2014 academic year.

Rosario “Rosie” Ceballo is an associate professor of psychology and women’s studies at the University of Michigan. She is Latina and resides in Ann Arbor. She teaches classes on women, race, poverty and racism in the U.S. as well as classes in clinical psychology, such as child therapy. She believes that racial diversity is vital to the education of her students. She believes that the University of Michigan’s changes to its admissions policies in response to Proposal 2 threaten her ability to teach in accordance with her professional beliefs, and she would consider leaving for an appointment at a university in another state that allows for greater diversity in its student body.

Kevin Gaines is a professor of history and the former director of the Center for Afroamerican and African Studies at the University of Michigan. He is an African-American resident of Ann Arbor. He believes that students learn best about race and gender in diverse environments where there is input from individuals with the greatest possible variety of backgrounds. He believes that the quality of his classes and programs will be irreparably harmed by the University of Michigan’s changes to its admissions policies in response to Proposal 2.

Molly Nestor graduated in 2013 from the University of Michigan in the education department. A graduate of the school’s education program, she believes University of Michigan is graduating teachers who do not reflect the classrooms they will ultimately teach in. She was very active in the department’s diversity committee, and is currently an elementary school teacher in the Brownsville neighborhood of Brooklyn, N.Y.

Shortly after the Supreme Court’s decision to uphold the constitutionality of affirmative action in 2003’s Grutter v. Bollinger, opponents of equal opportunity began a campaign to destroy affirmative action in Michigan. The result was Proposal 2, a ballot initiative campaign marked by widespread fraud and deception. Although a federal court found the proponents of the initiative, the so-called American Civil Rights Institute, to have committed a campaign of deception in violation of the rights of the citizens of Michigan, the initiative was nonetheless put before the voters in the fall of 2006 and passed by a margin of 58% to 42%. In response, Michigan’s public universities put an end to their affirmative action programs.

In December of 2006, a diverse group of students, prospective students and faculty at the University of Michigan, represented by the ACLU, NAACP, NAACP Legal Defense and Educational Fund and the law firm of Cravath, Swaine and Moore, LLP, challenged the constitutional amendment in the lawsuit Cantrell v. Granholm

Cantrell v. Granholm, argued that Proposal 2 violates the Equal Protect Clause of the United States Constitutionby creating a double standard in university admissions for people of color. The suit argued that Proposal 2 denies students of color the opportunity to talk about their racial experiences, while leaving other students free to talk about other non-academic factors, thereby discriminating against students of color. The suit also maintained that the passage of Proposal 2 created an unfair political process in establishing a lengthy and expensive campaign to amend the Michigan constitution as the only remedy forany student of color who might wish to challenge a university’s admissions policies.

The U.S. District Court for the District of Eastern Michigan combined the case with Coalition to Defend Affirmative Action v. Granholm, another challenge to Proposal 2. Afterwards, the district court granted summary judgment in favor of the state in both cases.

After a three-judge panel of the U.S. Court of Appeals for the Sixth Circuit struck down Proposal 2 agreeing that it violated the Constitution’s Equal Protection Clause in 2012, Michigan’s attorney general, Bill Schuette, requested that the full court reconsider the case. In November 2012, a 15-judge panel struck down the amendment again, explaining that a state law violates the Equal Protection Clause when it makes the processes of government decision-making turn on the racial nature of the issue being considered.

This case does not address the merits of race-conscious admissions, which have been previously upheld by the Supreme Court. For instance, in Grutter v. University of Michigan, the court held that the Equal Protection Clause of the U.S. Constitution does not prohibit the narrowly tailored use of race in admissions decisions to further the educational benefits that come from a diverse student body.

We're All Losers After the Supreme Court's Decision in Schuette 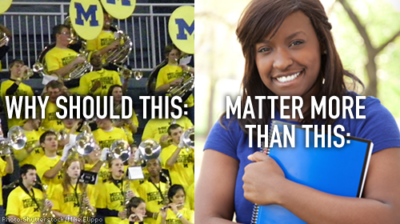 We're All Losers After the Supreme Court's Decision in Schuette

Why This New Teacher is Going to the Supreme Court 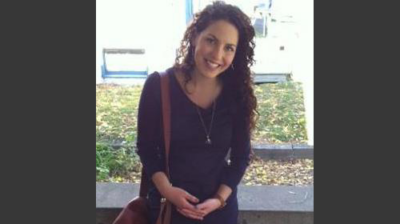