Starting a new life and searching for a new career isn’t easy, but Diane Schroer, a highly-decorated veteran, is no stranger to a challenge.

Schroer was an Airborne Ranger qualified Special Forces officer who completed over 450 parachute jumps, received numerous decorations including the Defense Superior Service Medal, and was hand-picked to head up a classified national security operation. She began taking steps to transition from male to female shortly after retiring as a Colonel after 25 years of distinguished service in the Army.

When she interviewed for a job as a terrorism research analyst at the Library of Congress, she thought she’d found the perfect fit, given her background and 16,000-volume home library collection on military history, the art of war, international relations and political philosophy. Schroer accepted the position, but when she told her future supervisor that she was in the process of gender transition, they rescinded the job offer. The ACLU is now representing her in a Title VII sex discrimination lawsuit against the Library of Congress.

Status: Victory! On September 19, 2008, a federal district judge ruled that the Library of Congress illegally discriminated against Schroer, in a groundbreaking decision that found that discriminating against someone for changing genders is sex discrimination under federal law. On April 28, 2009, the judge ordered the government to pay nearly $500,000 in compensation for the discrimination, which was the maximum he could award in the case.

DOJ Will Not Appeal Veteran’s Victory In Transgender Discrimination Case

Library of Congress Can Be Sued for Discriminating Against Transgender Veteran, Says Federal Court

Library of Congress Can Be Sued for Discriminating Against Transgender Veteran, Says Federal Court
Sep 17, 2007

New ACLU Report, Working in the Shadows, Explains Why Congress Should Pass the Employment Non-Discrimination Act

New ACLU Report, Working in the Shadows, Explains Why Congress Should Pass the Employment Non-Discrimination Act 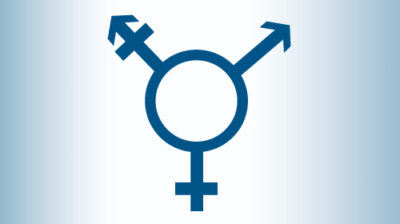 New Video Shows the Need for a Transgender-Inclusive ENDA