On July 28, 2017, the U.S. District Court blocked an Alabama law that imposed severe barriers on a minor’s ability to get abortion care in the state. The law, which was passed in 2014, applied to minors who sought a judicial bypass of the state’s parental consent requirement for abortion. It went beyond any other parental consent law in the country and forced minors seeking abortion care to stand trial if they were unable to obtain a parent’s consent for the procedure.

Citing settled United States Supreme Court precedent, the court held the 2014 judicial bypass law violates a minor’s long-established constitutional right to seek a judicial bypass to a state’s parental consent law without the participation of her parent, parents, or legal guardian as parties to the bypass proceeding, and her right to an anonymous judicial bypass hearing.

The challenged Alabama law allowed the court to appoint a guardian to legally represent the minor’s fetus and permitted the district attorney and, in some circumstances, even the minor’s parents to cross-examine the minor. The law allowed any of these parties to disclose the minor’s pregnancy to others, including her teachers, her employers, and her friends and to call them to testify in court.

Additionally, the law enabled the district attorney, guardian, or the minor’s parents to appeal a bypass, potentially dragging out the process for so long that the teen would no longer be able to get abortion care.

By undermining their confidentiality, this law put teenagers participating in the judicial bypass process in danger and exposed them to the risk of abuse or harm. When a young woman decides to end her pregnancy, she should be able to do so with compassion and respect, without barriers that shame her and put her in harm’s way.

This Lawyer Fought to Keep the Texas Abortion Clinics Open 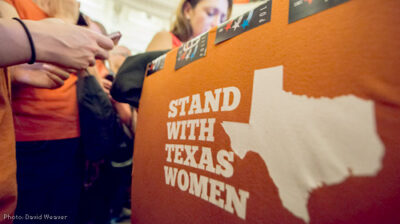 This Lawyer Fought to Keep the Texas Abortion Clinics Open

The Worst Phone Call of My Career: I’m Sorry Clinics, You Have to Close 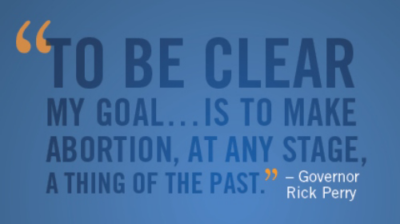 The Worst Phone Call of My Career: I’m Sorry Clinics, You Have to Close
Support our on-going ligitation and work in the courts Donate now