The American Civil Liberties Union and the ACLU of Minnesota filed a lawsuit in Minnesota State Court to challenge the coverage ban on transition-related surgery for transgender people on Medical Assistance and MinnesotaCare, the state’s public insurance programs for low-income residents.

Minnesota’s Medical Assistance program provides coverage for medically necessary care for virtually every type of medical condition. But for gender dysphoria, Minnesota law mandates a sweeping and categorical exclusion of all transition-related surgical care without any regard to whether the treatment is medically necessary for an individual recipient. As a result of this sweeping exclusion, most surgical treatments for gender dysphoria are excluded from coverage even though the same or substantially equivalent treatments are required to be covered under the federal Medicare program and private insurance plans regulated by the State of Minnesota.

The complaint was filed on behalf of plaintiffs Evan Thomas and OutFront Minnesota, the state’s leading LGBTQ rights group, arguing that this ban is discriminatory and has no basis in medical science.

Evan Thomas is currently on Medical Assistance and has been diagnosed with gender dysphoria. After fighting depression all his life, he began hormone therapy and legally changed his name and gender earlier this year. But he has been denied coverage for medically necessary transition-related surgery.

“A weight was lifted when I first began my gender transition and realized I didn’t have to pretend to be a woman anymore,” said Evan Thomas. “Being denied surgical treatment is harmful to my health and well-being every day I’m forced to live in this body.”

The case is filed against the Commissioner of Minnesota’s Department of Human Services, and demands that Minnesota end its discriminatory practice of excluding transgender individuals from accessing all of their needed health care.

Cooperating attorneys in the case include: Kristina Carlson, David Couillard, and JoLynn Markison of Dorsey & Whitney; Teresa Nelson of the ACLU-MN and Joshua Block of ACLU.

Update: Victory! On November 14, 2016, the U.S. District Court of Minnesota ruled in favor of Evan Thomas and OutFront Minnesota. The court held that the state ban on all trantision-related surgical care under Minnesota’s Medical Assistance program violates the State Constitution. 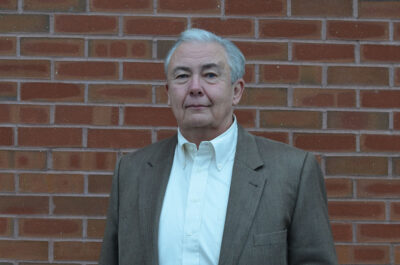