In Nashville, local officials keep money posted as bail to pay fines and fees. This happens even when the person whose bond was posted shows up to their required court dates. Under a local court rule and policies from the criminal clerk, pretrial release is conditioned on future payment, which leverages pretrial freedom to make money for the government.

Court officials extract money from low income people—disproportionately People of Color—by jailing them, conditioning freedom on either a money bond or a guilty plea, and then hitting them with fines, fees, and other debts that are extracted from their bail bond. These practices chill the right to liberty, take resources from individuals and families posting bail, and furthers the already backwards overreliance on money bail.

All across the nation —in other parts of Tennessee, as well as Florida, Alabama, Wisconsin, and Michigan—local officials similarly leverage someone’s freedom from jail to generate revenue. Doing so drives dependence on money bail and pretrial detention.

Along with the ACLU of Tennessee, Civil Rights Corps, and the Choosing Justice Initiative, we’ve sued and requested a preliminary injunction on behalf of the Nashville Community Bail Fund, because the unconstitutional practice of garnishing bail deposits causes the Bail Fund and its participants irreparable harm. People deserve freedom, not fines, when they are presumed innocent.

Across the country, people are forced to surrender bail money to pay future debts before they’re ever convicted of a crime. 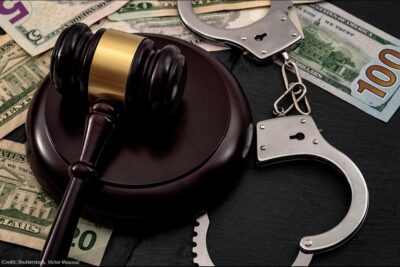