The American Civil Liberties Union, American Immigration Council, National Immigration Project of the National Lawyers Guild, and National Immigration Law Center voluntarily dismissed its case against the federal government that challenged its policies denying a fair deportation process to mothers and children who have fled extreme violence, death threats, rape, and persecution in Central America and come to the United States seeking safety.

The groups filed the case on behalf of mothers and children locked up at an isolated detention center in Artesia, New Mexico — hours from the nearest major metropolitan area. The complaint charges the Obama administration with enacting a new strong-arm policy to ensure rapid deportations by holding these mothers and their children to a nearly insurmountable and erroneous standard to prove their asylum claims, and by placing countless hurdles in front of them.

These mothers and their children have sought refuge in the United States after fleeing for their lives from threats of death and violence in their home countries. U.S. law guarantees them a fair opportunity to seek asylum. Yet, the government’s policy violates that basic law and core American values — we do not send people who are seeking asylum back into harm’s way. We should not sacrifice fairness for speed in life-or-death situations.

According to the complaint, the Obama administration is violating long-established constitutional and statutory law by enacting policies that have:

The lawsuit, M.S.P.C. v. Johnson, was filed in the U.S. District Court for the District of Columbia. Co-counsel in this case includes the law firms of Jenner & Block, and Van Der Hout, Brigagliano & Nightingale, LLP; and the ACLU of New Mexico, ACLU of San Diego & Imperial Counties, and ACLU of the Nation’s Capital.

For Some Families Fleeing Violence, a Shot at a Fair Shake 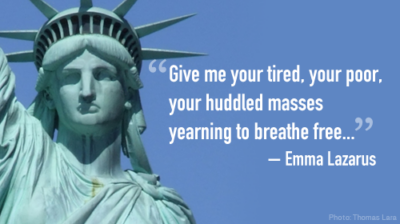 For Some Families Fleeing Violence, a Shot at a Fair Shake