Arkansas Act 309, signed into law by Gov. Asa Hutchinson in March 2021, prohibits abortion in nearly every case and imposes stiff criminal penalties on doctors for providing care. This law would effectively eliminate abortion in the state and impose an unconstitutional ban on abortion in direct violation of Roe v. Wade. On July 20, 2021, the Court granted our Motion for Preliminary Injunction, blocking the ban from taking effect while the case continues.

Act 309 is the latest and most direct attack on abortion by anti-abortion politicians in Arkansas, who have been trying to eliminate abortion care in the state for years. Their efforts are part and parcel of a long-standing nationwide campaign to ban abortion entirely or push care out of reach. More than a dozen states have passed bills that ban abortion at various stages of pregnancy in the last two years — though those laws were all blocked in court and none are in effect. So far, in 2021, anti-abortion politicians across the country have introduced over 530 restrictions on abortion, and Arkansas alone passed 20 restrictions, positioning it to tie Louisiana’s record (set in 1978) for the most abortion restrictions passed in a single year.

Arkansas’ efforts to restrict and ban abortion access harm all Arkansans, and disproportionately affect people of color, immigrants, people who live in rural areas, and people with low incomes. These laws hurt the people and families who are already among the most vulnerable Arkansas communities.

The lawsuit was filed in the U.S. District Court for the Eastern District of Arkansas on behalf of Little Rock Family Planning Services and Planned Parenthood Great Plains — the last two remaining abortion clinics in the state — and an individual abortion provider.

Abortion Access is at Stake, But We Will Do Everything We Can to Keep Our Clinic’s Doors Open

Arkansas legislators are trying to make abortion inaccessible, so we're taking them to court. 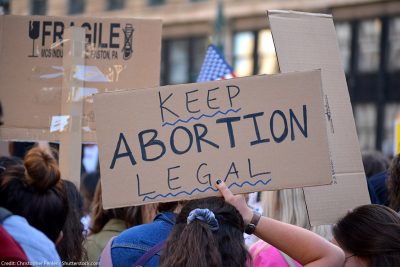 Abortion Access is at Stake, But We Will Do Everything We Can to Keep Our Clinic’s Doors Open
Support our on-going ligitation and work in the courts Donate now