Khoury v. Asher is a class action lawsuit filed on behalf of immigration detainees in Washington State who are unlawfully subject to mandatory, no-bond detention. The lawsuit challenges the government’s policy and practice of locking up immigrants in deportation proceedings without any chance for release on bail based on prior criminal convictions, even when they were released from criminal custody months or years ago, have turned their lives around, and are supporting their families.

One of the named plaintiffs, Alvin Rodriguez Moya, has been a lawful permanent resident of the United States since he immigrated from his native Dominican Republic in 1995. In August 2010, Mr. Rodriguez was convicted of third degree Misconduct Involving a Controlled Substance for which he received a sentence of three years with two years suspended. He was released almost immediately from criminal custody. Two months later, when he checked in at the parole office, U.S. Immigration and Customs Enforcement (ICE) arrested and detained him. Initially, the immigration judge found he was not subject to mandatory detention because ICE failed to take him into custody when he was released for his offense, and ordered him released on bond. He had no run-ins with the law during his release and continued to attend his deportation hearings until the immigration judge temporarily closed his case in February 2013 because ICE had determined he was not a priority for deportation.

Several weeks later, ICE ordered Mr. Rodriguez to show up at their office, where they once again arrested him and put him in immigration detention. This time, the immigration judge found that Mr. Rodriguez was subject to mandatory detention, and the court couldn’t even consider him for release, even though it had previously found that he was not a danger or flight risk and even though he had not been arrested or convicted of any new crimes in the interim. Mr. Rodriguez remains detained in Washington, for a period far longer than what he was required to serve for the conviction that put him in deportation proceedings in the first place.

Generally, U.S. immigration laws allow the authorities to detain individuals or release them on bond or conditions of supervision, such as an ankle monitor, while their deportation cases are being decided. Mandatory detention is a narrow exception to this rule for a narrow group of individuals: people who are convicted of certain crimes and who are taken into immigration custody as the time they are released from the criminal justice system for such a crime. But for years, ICE has misapplied mandatory detention to individuals like Mr. Rodriguez who have been living for years since their release without incident.

Federal Court Rules Immigrant Detainees Must Be Given Bond Hearings

Federal Court Rules Immigrant Detainees Must Be Given Bond Hearings 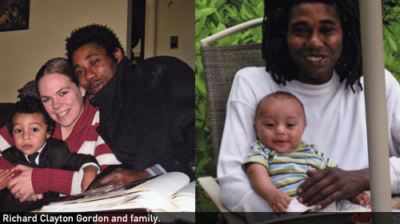 Locked Up: Class-Action Lawsuits Challenge Mandatory Detention of Immigrants
Support our on-going ligitation and work in the courts Donate now