The Etowah County Sheriff’s Department has subjected a family in Alabama to an ongoing series of unannounced, random, and suspicionless inspections of their home, threatening the family with arrest if they fail to cooperate.

To challenge this unconstitutional harassment, the American Civil Liberties Union, the ACLU of Alabama, and the law firm Jaffe & Drennan filed a lawsuit on behalf of this family in U.S. District Court for the Northern District of Alabama against the Etowah County Sheriff and two officers in the Sheriff’s Department.

One member of the plaintiff family must register with the state of Alabama for having committed a sexual offense as a young child. Since his release, he has fulfilled every requirement under Alabama’s Sex Offender Registration and Community Notification Act. This includes registering in person at the Sheriff Department’s office four times a year, which he has done without fail, and which he must continue to do for the rest of his life.

Yet, the Sheriff’s Department has gone far beyond Alabama law – not to mention the Constitution – in their inspections of the plaintiffs’ home. Nothing in the Registration and Community Notification Act or any other law gives the sheriff’s department license to invade this family’s home without a warrant, or to conduct these inspections without any reason to suspect that the plaintiffs have done something wrong.

The lawsuit seeks to stop the Sheriff’s Department from continuing its unconstitutional searches of the plaintiffs’ home and to end its broader policy of inspecting the homes of every registrant in county without suspicion. The suit also requests monetary damages for the plaintiffs for the harassment they experienced. 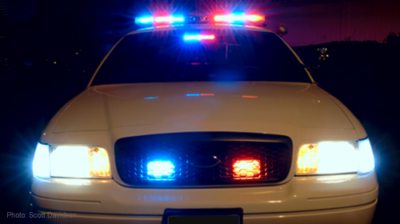 Police Abuse of Power, Plain and Simple, in Etowah County, Alabama
Support our on-going ligitation and work in the courts Donate now