In 2013, a federal judge ruled from the bench upholding the Ninth Circuit’s ruling and ordering that the cross must come down.

The ACLU Foundation, through its Program on Freedom of Religion and Belief, and the ACLU of San Diego & Imperial Counties filed suit in federal court in the Southern District of California in August 2006, to contest the federal government’s display of a 43-foot Latin cross atop Mt. Soledad in San Diego. The ACLU represents the Jewish War Veterans of the United States and several local residents who argue that the government’s display violates the Establishment Clause of the First Amendment to the U.S. Constitution.

In June 2014, the U.S. Supreme Court declined to hear an appeal of the district court’s ruling. In December 2014, Congress authorized selling the memorial to the Mt. Soledad Memorial Association. In 2016, Defendants agreed to a settlement and the case was dismissed.

Court Rules Cross Must Come Down 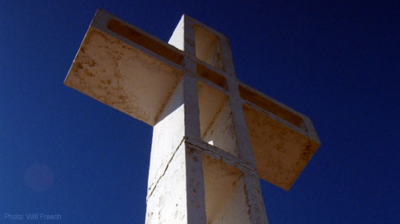 Court Rules Cross Must Come Down

A Cross is a Cross, Especially on Government Land

A Cross is a Cross, Especially on Government Land

A Cross to Bear

A Cross to Bear