In May 2011, the American Civil Liberties Union and the ACLU of Massachusetts filed a lawsuit in the U.S. District Court for the District of Massachusetts challenging the suspicionless search and seizure of electronics and personal data belonging to David House, a computer programmer and U.S. citizen who lives in Cambridge, Mass. In May 2013 the government settled the lawsuit and agreed to turn over all documents related to House’s targeting and investigation.

Click here to see the documents released by the government>>

In November 2010, Department of Homeland Security agents stopped House at O’Hare International Airport in Chicago and questioned him about his political activities and beliefs. At the time, House was working with the Bradley Manning Support Network, an organization created to raise funds for the legal defense of the soldier who has since admitted to leaking material to WikiLeaks. Officials then confiscated his laptop computer, camera and a USB drive and did not return them for nearly seven weeks.

The lawsuit charges that the government targeted House solely on the basis of his lawful association with the Bradley Manning Support Network.

The ACLU of Massachusetts sent a letter in December 2010 to DHS, U.S. Customs and Border Protection, and U.S. Immigration and Customs Enforcement seeking the return of House’s property. The government returned House’s electronics on December 22, 2010, but he later learned that it had kept copies of the devices.

In March 2012, the U.S. district court judge denied the government’s motion to dismiss the lawsuit, ruling that even if the government does not need suspicion to search a laptop at the border, that power is not unlimited and First Amendment rights remain intact.

In May 2013, the government entered into a settlement in which agreed to destroy all remaining data copied from House’s devices. The government also agreed to hand over numerous documents, including reports describing Army CID’s inspection of House’s data as well as the DHS “Lookout” telling agents to stop House as he entered the country. The government further agreed to release reports on DHS agents’ questioning of House, which included inquiries about whether he knew anything about Manning giving classified information to WikiLeaks.

U.S. Settles Lawsuit With Bradley Manning Supporter Who Had Laptop Seized at Airport

U.S. Settles Lawsuit With Bradley Manning Supporter Who Had Laptop Seized at Airport
May 13, 2011 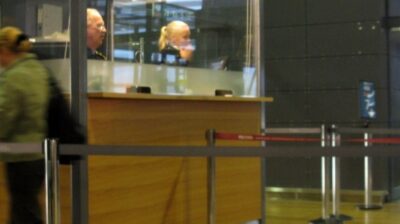 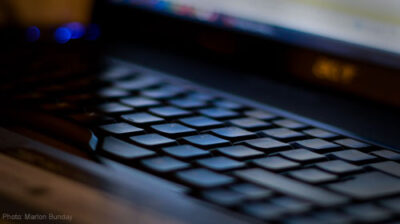 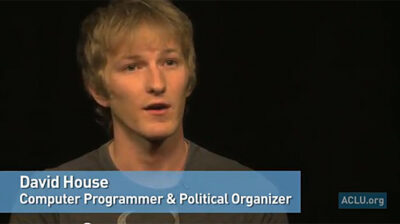 ACLU in Court Today: Government Can't Use Border Checks to Avoid the Bill of Rights

ACLU in Court Today: Government Can't Use Border Checks to Avoid the Bill of Rights

Suspicionless Searches and Seizures at the Airport: We're Suing 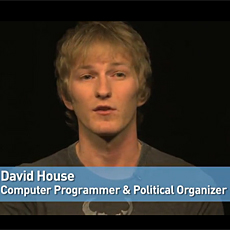 Suspicionless Searches and Seizures at the Airport: We're Suing
Support our on-going ligitation and work in the courts Donate now