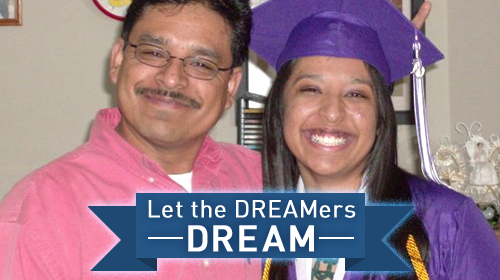 This is a lawsuit challenging a decision by former Nebraska Governor David Heineman to deny access to driver’s licenses to young people who have been authorized to remain lawfully in the country under the Deferred Action for Childhood Arrivals (DACA) program. Circumventing the state’s law for promulgating regulations, Governor Heineman announced in a 2013 press release that DACA recipients were ineligible for driver’s licenses in Nebraska. The lawsuit, which was filed on June 11, 2013, was brought on behalf of four named plaintiffs, all young immigrants who were brought to the U.S. as children and are DACA recipients.

At issue is whether Governor Heineman and the Nebraska Department of Motor Vehicles policy of denying driver’s licenses to beneficiaries of the Deferred Action for Childhood Arrivals (DACA) program violates the state’s Administrative Procedures Act and the state constitutional guarantees of procedural due process and equal protection.

In June of 2012, President Obama announced that the Department of Homeland Security (DHS) would no longer pursue the deportation of immigrants between the ages of 16-31 who met certain qualifications under the Deferred Action for Childhood Arrivals, or DACA program. Since then, some 400,000 young immigrants have been authorized to remain in the U.S. lawfully for a renewable, two-year period and are eligible for work permits. President Obama announced recently that the DACA program would be expanded, with a three-year work eligibility period.

In most states, the implementation of DACA has allowed these young people to live their lives out of the shadows and with the kind of support and freedom that other young people enjoy who are entering adulthood and building their lives and futures. They are able to work, attend school and participate actively in their communities. In a majority of states, DACA recipients are able to obtain driver’s licenses since, as was confirmed by the U.S. Citizenship and Immigration Services (USCIS) in January 2013, they are considered lawfully present in the country. Nebraska is the only state in the nation that denies these young immigrants access to driver’s licenses, thereby imposing enormous burdens on their educational and employment opportunities and their ability to assist their families.

The lawsuit challenging Nebraska’s denial of driver’s licenses to DACA recipients was filed by the ACLU of Nebraska and the ACLU Immigrants’ Rights Project. It is part of a broad effort by civil rights organizations, immigrants’ rights advocates, community organizations and others in Nebraska to overturn this harmful policy.

In August of 2014 the state of Nebraska attempted to remove the case to federal court but failed. The state court regained jurisdiction of the case in December of 2014, and a trial is expected to begin in Hernandez v. Ricketts in the spring of 2015. 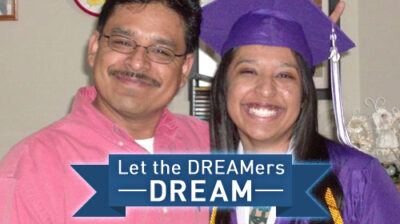