Despite a federal court order from 2008, the Maricopa County jails – overseen by Sheriff Joe Arpaio –continue to skirt their constitutional responsibility for detainees’ mental health. On April 1, 2016, the American Civil Liberties Union and the ACLU of Arizona – which have represented the detainees at the Maricopa County jails for close to 20 years – filed a motion to enforce the 2008 order. Many detainees with mental illnesses were still suffering unnecessarily from the scarcity and poor quality of the jails’ care.

Detainees who have been declared incompetent to stand trial due to their mental health problems are sent to the jails. Rather than improving to the point of competency, these detainees’ mental health often deteriorates, and they languish in jail, their cases at a standstill. They are locked down up to 24 hours a day, sometimes in solitary, and some detainees’ conditions have worsened to the point of nonsensical or unintelligible speech, living in filth from hoarding and lack of hygiene, and self-injury, including suicide attempts.

In October 2008, a federal court ruled that unconstitutional and life-threatening conditions in the jails necessitate federal court oversight to ensure that Sheriff Joe Arpaio and other county officials maintain safe and humane conditions and provide the thousands of detainees held there basic levels of medical and mental health care. And in 2010, a federal appeals court ruled that Arpaio and county officials are required to abide that order.

Nevertheless, the thousands of men and women booked into Maricopa County jails each year remained at risk. In 2011, Ernesto “Marty” Atencio died after being severely beaten and Tased by deputies shortly after he was booked into the 4th Avenue Jail in downtown Phoenix. Atencio’s death is one in a string of highly publicized fatalities at Maricopa County jails during Sheriff Arpaio’s tenure. The county has paid out tens of millions to settle wrongful injury and death lawsuits brought on behalf of Maricopa County inmates and their families.

In August 2013, the Maricopa County jails filed a motion to terminate the 2008 federal court order, arguing that the medical and mental health care for pre-trial detainees in its jails had improved sufficiently. In November 2013, the ACLU challenged that petition with a statement of facts showing systemic problems with the jails’ medical and mental health systems. These deficiencies caused detainees’ medical conditions and mental illnesses to worsen unnecessarily, causing extreme suffering and even death. Judge Neil Wake in September 2014 denied the defendants’ motion to terminate the 2008 federal court order.

The motion to enforce filed on April 1, 2016, along with an expert report by a psychiatrist who visited the jails, shows that jail authorities continue to skirt their constitutional responsibility for detainees’ health. 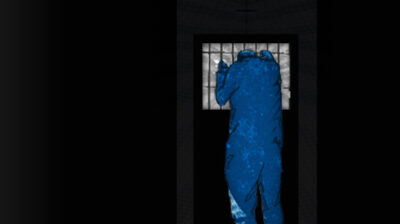 Marty Atencio (1967-2011): Another Victim of Sheriff Joe Arpaio's Jails
Support our on-going ligitation and work in the courts Donate now