Kelly Glossip and Dennis Engelhard had been committed domestic partners for 15 years when Dennis, a Missouri State Trooper, was killed while responding to an accident on Christmas Day, 2009. Missouri offers survivor benefits to spouses of state troopers who are killed in the line of duty, but excludes committed same-sex partners from receiving those benefits.

If Kelly and Dennis had been a heterosexual married couple, Kelly would be entitled to an annuity of 50 percent of Dennis’ average salary—support that would help Kelly pay the mortgage on the home that he and Dennis jointly owned.

Kelly is suing under the Missouri constitution to recover the same survivor benefits that would have been provided to an opposite-sex spouse. In bringing his lawsuit, Kelly is not challenging Missouri’s underlying ban on marriage for same-sex couples. He is simply asking for the state to provide committed domestic partners with the same survivor benefits that the state provides to the heterosexual spouses of state troopers who are killed in the line of duty.

Looking Back With Love; Looking Forward to Equality and Pride 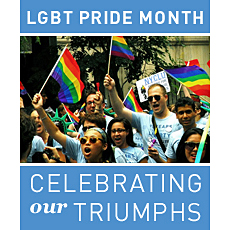 Looking Back With Love; Looking Forward to Equality and Pride
Support our on-going ligitation and work in the courts Donate now