Gayle v. Napolitano is a class action lawsuit filed on behalf of hundreds of immigrants in New Jersey subject to mandatory immigration detention. The lawsuit challenges the federal government’s policy of locking up immigrants in deportation proceedings without any chance for release on bail, even when they have strong arguments that they have a right to continue living in the United States.

One of the named plaintiffs, Garfield Gayle, is a 59-year-old green card holder from Jamaica who has lived in the country for 30 years. He raised two U.S. citizen daughters, and has long worked as a union carpenter in Brooklyn, New York. The government is now trying to deport Mr. Gayle based on an alleged attempted drug sale offense from more than 17 years ago, even though his long residence in the United States and close family ties make him a strong candidate for immigration relief that would allow him to keep his green card and continue living in this country. Nonetheless, the government has held Mr. Gayle in mandatory immigration lock-up since March 2012.

Immigrants subjected to mandatory detention are locked up with no opportunity for release on bond, for as long as it takes to conclude their deportation cases, even if they pose no danger or flight risk. The offenses that trigger mandatory detention are often very old and overwhelmingly minor and nonviolent — such as misdemeanor drug possession, shoplifting, or turnstile jumping. Moreover, individuals placed in mandatory detention are often not actually deportable — either because their alleged crimes turn out not to be deportable offenses, or because they are entitled to immigration relief allowing them to maintain or win lawful permanent residence in the country.

Mandatory detention is particularly irrational in these cases because these individuals have every incentive to fight their cases rather than flee the authorities and would pose no threat to the community. It also forces individuals with the strongest challenges to deportation to face a Catch-22: give up their cases to get out of detention, or languish for months or years in a jail cell in order to defend their right to stay in the country with their families. 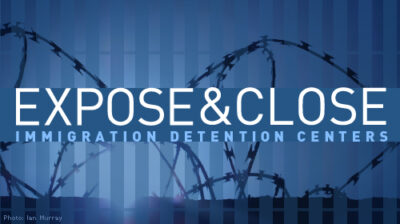