On May 28, 2022 the American Civil Liberties Union filed an amicus brief with the Supreme Court in a case, Fitisemanu v. United States, addressing the constitutionality of the federal law designating persons born in American Samoa as “non-citizen U.S. nationals.”

For more than 120 years, the federal government has used the Insular Cases to justify discrimination against residents of the U.S. territories. Based on outdated and racist ideologies, the Insular Cases assert that the “unincorporated” territories—whose residents are almost entirely Latinx, Afro-Caribbean, Pacific Islander, or otherwise non-white—were “foreign in a domestic sense,” and distinct from territories such as Oklahoma and New Mexico that Congress considered destined for statehood. The Insular Cases and their doctrine of territorial incorporation result in an à la carte Constitution through which fundamental rights are afforded to some under U.S. jurisdiction but denied to others, and residents of the territories have borne the brunt of this inequity.

On May 28, 2022 the ACLU, along with 11 co-amici representing diverse civil rights organizations, filed an amicus brief urging the Supreme Court to overturn the 10th circuit’s ruling in Fitisemanu v. United States and finally overrule the Insular Cases’ territorial incorporation doctrine once and for all. The Court has repeatedly cast doubt on the Insular Cases’ validity and warned against their expansion, yet the Tenth Circuit used the Insular Cases to determine that citizens of American Samoa were not birthright citizens of the United States under the Fourteenth Amendment’s Citizenship Clause.

American Samoans are Americans. It’s time we started treating them as such. 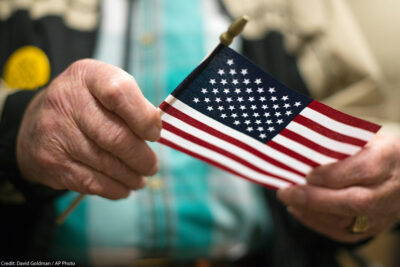 “Nationals” but not “Citizens”: How the U.S. Denies Citizenship to American Samoans
Support our on-going ligitation and work in the courts Donate now