The American Civil Liberties Union, the ACLU of Nevada, Americans United for Separation of Church and State, and Covington & Burling LLP filed a lawsuit in state court to challenge a school voucher program signed into law in summer 2015.

The lawsuit, filed on behalf of a group of parents, clergy, and other taxpayers, sought to prevent the state from diverting taxpayer dollars to primarily religious private schools. There were no restrictions on how participating schools, a majority of which are religious, could use the money: Many of the schools eligible to participate in the program use thoroughly religious curricula and textbooks; many require students, parents, or employees to be of a certain faith, attend a certain church, or sign pledges of faith; many of the schools also discriminate against LGBT students or employees and those who have had an abortion; and at least one school eligible to participate in the program uses corporal punishment to discipline students.

We filed suit in District Court for Clark County, Nevada, in August 2015, arguing that the voucher program violated the Nevada Constitution’s prohibition on the use of public funds for any sectarian purpose and the state constitutional guarantee of a uniform system of common schools. The district court judge granted the state’s motion to dismiss and we appealed. In September 2016, the Nevada Supreme Court struck down the voucher program, holding that the legislature’s mechanism for funding the program violated the state constitution.

The School Choice Myth and Our (Literal) Case Against It 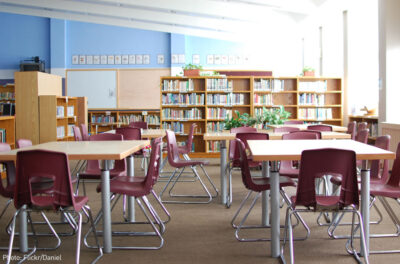 The School Choice Myth and Our (Literal) Case Against It

Should Taxpayers Fund Schools Where Students Pledge Allegiance to the Christian Flag? Nevada Politicians Think So. 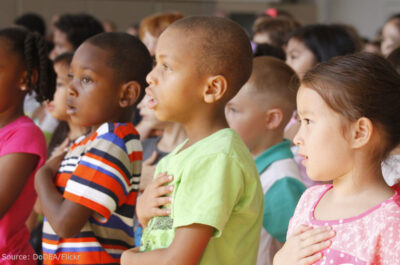 Should Taxpayers Fund Schools Where Students Pledge Allegiance to the Christian Flag? Nevada Politicians Think So.
Support our on-going ligitation and work in the courts Donate now