Whether immigrants are entitled to seek judicial review of their “expedited removal” orders in federal court.

The ACLU represents Mr. Vijayakumar Thuraissigiam, a Tamil who fled his home in Sri Lanka to escape torture, beatings, and likely death. Tamil people are an ethnic minority that the Sri Lankan government has subjected to a well-documented campaign of human rights violations. After government officers abducted and beat him, subjected him to simulated drowning, and threatened to kill him, Vijayakumar fled the country and sought asylum in the United States. He was denied asylum after a cursory and inadequate interview that violated the requirements imposed by statute, regulations, and due process and was subsequently placed in the “expedited removal” system.

Vijayakumar filed a petition for habeas review of his removal order by a federal judge, which the U.S. government challenged on the grounds that neither the Constitution nor the writ of habeas corpus guarantee judicial review to asylum seekers like Vijayakumar. On appeal, the Ninth Circuit reversed the district court’s dismissal for lack of jurisdiction, and concluded that the expedited removal statute violated the Suspension Clause.

The U.S. Supreme Court agreed to hear the case, which will be argued by Lee Gelernt, an ACLU attorney, on March 2, 2020. Our briefing argues that for as long as Congress has regulated immigration, the U.S. Supreme Court has recognized that deportation involves a restraint on liberty triggering habeas corpus, which is a primary check against the government’s ability to detain people without legal justification. Accordingly, the U.S. Supreme Court has never permitted a noncitizen’s expulsion without affording the opportunity for judicial review—and should not do so now. 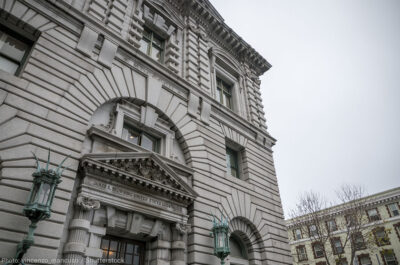