On January 8, 2010, the ACLU filed a lawsuit against the Library of Congress on behalf of Col. Morris Davis. The former chief prosecutor for the Guantánamo military commissions was fired from his job at the Library’s Congressional Research Service (CRS) because of opinion pieces he wrote about the commissions system that ran in The Wall Street Journal and The Washington Post. Both pieces were written by Davis in his personal capacity, made clear that he was writing as a private individual and former chief prosecutor of the military commissions and made no mention of CRS.

The lawsuit charged that CRS violated Davis’s right to free speech and due process when it fired him for speaking as a private citizen about matters unrelated to his job duties.

On May 31, 2016, Col. Davis announced a successful settlement with the Library of Congress, in which he received $100,000 and a correction of his employment record to show that he was not terminated for cause. 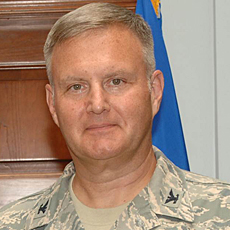 We Told Them it Would Come to This