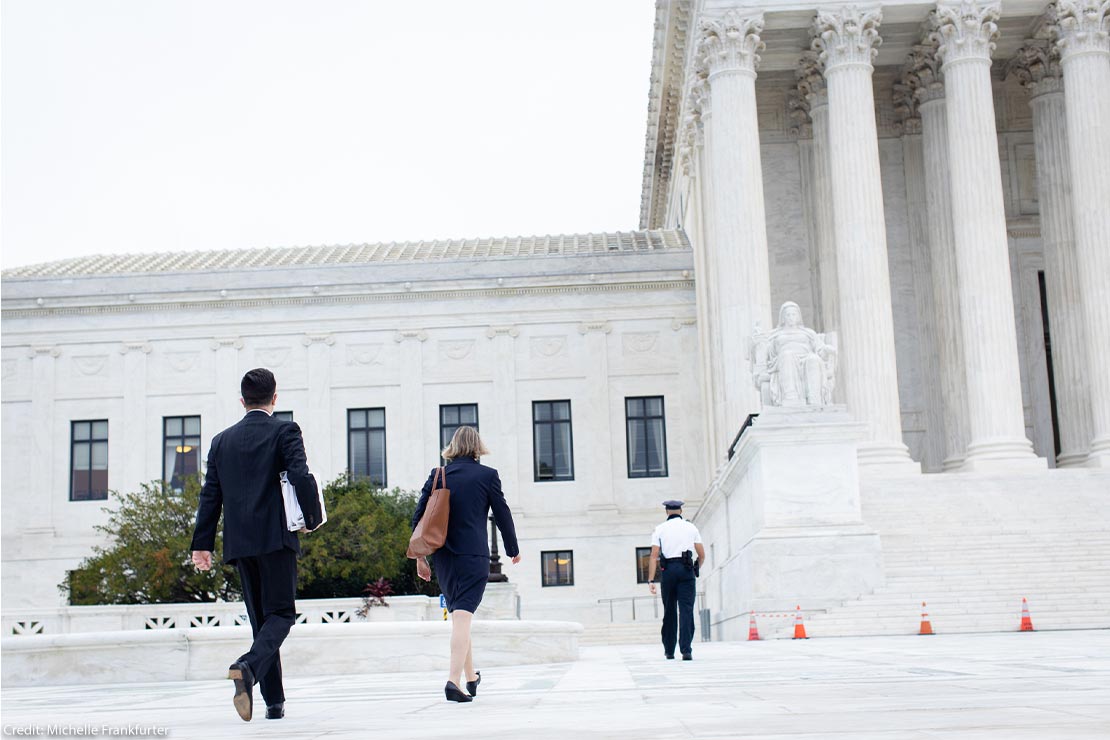 In 2018, the American Civil Liberties Union and the ACLU of Kentucky filed a suit on behalf of Kentucky abortion providers and their patients challenging a state law banning physicians from providing a safe and medically proven abortion method called dilation and evacuation, or “D&E.” If it were to take effect, this law would prevent many patients from being able to obtain an abortion altogether. After two courts held that the law is unconstitutional, the Supreme Court ruled in March 2022 that Kentucky Attorney General Cameron can continue his pursuit to push abortion out of reach by intervening in the underlying challenge to an abortion ban, which is proceeding in a lower court.

Following a trial, the U.S. District Court for the Western District of Kentucky ruled that the ban is unconstitutional, and permanently blocked its enforcement. On appeal, the Sixth Circuit agreed that the law violates the constitutional rights of Kentuckians.

During the trial and the appeal, the state attorney general’s office sat on the sidelines. Then, at the eleventh hour, after the appeals court issued its decision, Kentucky Attorney General Cameron moved to intervene in an attempt to continue the case and, ultimately, revive the ban. The Sixth Circuit denied that belated motion, ruling that it was untimely.

It is this narrow question — whether the appeals court was correct to deny the attorney general’s motion to intervene — that the Supreme Court will address. It will not address the constitutionality of the abortion ban. However, the Supreme Court’s decision could have significant repercussions for access to abortion for not only people in Kentucky but in the surrounding states as well. If the Supreme Court allows the attorney general to intervene, it will open the door to his efforts to put the ban back into place, a ban that two courts have already held is unconstituitonal and would severely restrict access to abortion care.

This restriction is part of a national strategy to push abortion out of reach. In 2021 alone, state politicians have enacted more than 100 new restrictions on abortion. Because of racism and structural inequality, abortion restrictions fall hardest on people of color, low-income people, youth, immigrants, LGBTQ people, people in rural areas, and other marginalized communities.

The plaintiffs in the lawsuit are EMW Women’s Surgical Center, P.S.C., on behalf of itself, its staff, and its patients. They are represented by attorneys with the ACLU and the ACLU of Kentucky.

You can read more about the underlying case here: https://www.aclu.org/cases/emw-womens-surgical-center-psc-v-meier-ban-safe-abortion-procedure