The American Civil Liberties Union and the ACLU of Michigan have called on the Michigan Department of Corrections to abandon a degrading body cavity search in which prisoners at the Women’s Huron Valley Correctional Facility (WHV) are forced to spread open their labia using their hands, often under unsanitary conditions and in full view of other prisoners.

The ACLU, along with a broad coalition of human rights, health and religious groups, sent Daniel Heyns, the head of the Michigan Department of Corrections a letter saying the searches — which occur even when guards have no specific reason to suspect concealment of contraband — raise grave concerns under the Fourth and Eighth amendments to the U.S. Constitution.

The ACLU received letters from more than 60 prisoners who describe the same search procedure. The searches are carried out after visits with their attorneys and family members, and after shifts at prison jobs. Some prisoners are so traumatized by the procedure that they delay or avoid family visits, just so they won’t have to undergo the search.

According to the ACLU’s letter, courts recognize that previous sexual abuse suffered by many female prisoners increases the trauma caused by invasive strip searches and therefore heightens the constitutional violation.

Standing Up Against Sexual Assault By the State 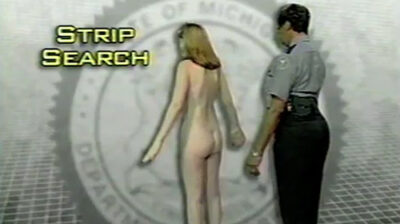