In December 2018, the ACLU and ACLU of Arkansas filed suit challenging a state law that requires government contractors to pledge not to boycott Israel or reduce their fees by 20 percent, calling the law an unconstitutional tax on free speech.

The lawsuit, filed on behalf of Arkansas Times LP, asserts that the law (Act 710), which took effect in August 2017, violates the First and Fourteenth Amendments to the Constitution by suppressing one side of a public debate and imposing a tax on constitutionally-protected free speech.

Arkansas Times LP has for many years contracted with state actors to run advertisements in its various publications for University of Arkansas Pulaski Technical College (UAPTC). In 2018 however, on the basis of Act 710, UAPTC demanded that the CEO, Alan Leveritt, sign a certification agreeing that Arkansas Times LP will not engage in a boycott of Israel as a condition of the contract. Leveritt refused to sign any such certification and accordingly UAPTC has refused to enter into further advertisement contracts with Arkansas Times LP.

In January 2019 the district court dismissed the case and the ACLU and ACLU of Arkansas appealed the case to the 8th circuit.

For more information, see the ACLU of Arkansas’ case page

ACLU and ACLU of Arkansas to Appeal Ruling on Boycott Ban

ACLU and ACLU of Arkansas to Appeal Ruling on Boycott Ban

The Supreme Court must affirm that politically-motivated consumer boycotts are protected by the Constitution. 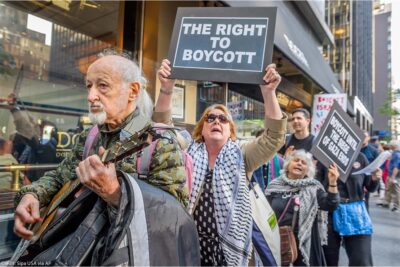 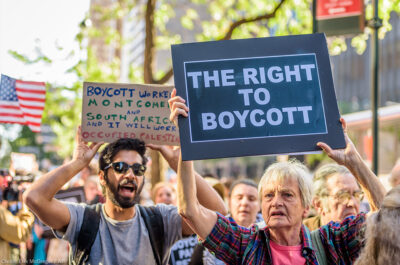