On August 23, 2022, the American Civil Liberties Union of Arizona and a group of 10 media organizations, represented by the ACLU and Ballard Spahr, respectively, filed a lawsuit against the state of Arizona challenging HB 2319, a law which makes it a crime to record police officers within eight feet of law enforcement activity.

The suit challenges the law as a violation of the First Amendment, and seeks to stop HB 2319 from going into effect. The constitutional right to record police engaged in official duties is one of the public’s most effective accountability tools against police wrongdoing.

Video recording of police encounters and other law enforcement activity in public is one of the few ways community members and the media can hold police accountable for misconduct. Over the last decade, the simple act of recording police misconduct has raised public awareness about police brutality and ignited movements to demand reform across the country. Arizona’s HB 2319 would directly suppress free speech rights, while also limiting public accountability and effective protest of government actions.

This case was filed in the U.S. District Court for the District of Arizona. 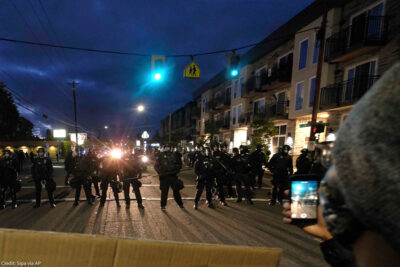