In December 2013, the ACLU, the ACLU of Northern California, the ACLU of New Jersey, and the Center for Popular Democracy filed a lawsuit under the Freedom of Information Act (FOIA) to compel the Federal Housing Finance Agency (FHFA) to provide details about the agency’s relationship with the financial industry and its efforts to block municipalities from using eminent domain to prevent foreclosures. The complaint was filed on behalf of a number of community groups across the country.

Banks have foreclosed on millions of homes, and vast numbers of homeowners remain at risk of losing their homes to foreclosure because their mortgages are “underwater,” meaning homeowners owe more than their properties are now worth. Communities with large African-American and Latino populations such as Richmond, Calif., and Irvington, N.J., have been particularly hard hit. Many of these communities were targeted for predatory and discriminatory lending during the subprime boom and have seen little recovery in housing prices since.

Municipalities are responding by considering novel approaches to help save their neighborhoods. Some are exploring eminent domain as a tool that could help homeowners remain in their homes, bolster neighborhoods and maintain property values for all homeowners.

Richmond, for example, has offered to purchase securitized underwater mortgages so it can re-issue new mortgages for the homeowners on terms that reflect the current value of those homes. If the owners of the securities refuse to sell at fair market prices, the city proposes to use eminent domain to buy them.

The FHFA has responded by threatening legal action against Richmond or any other city that uses eminent domain to reduce mortgage principals and by threatening to deny credit to people seeking mortgages in those communities.

In October, community groups filed a FOIA request seeking information about the nature and substance of the FHFA’s exchanges with the financial industry on this issue. The agency never responded, leading the groups to file today’s lawsuit. 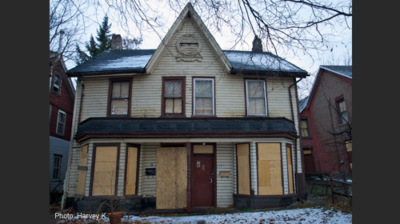