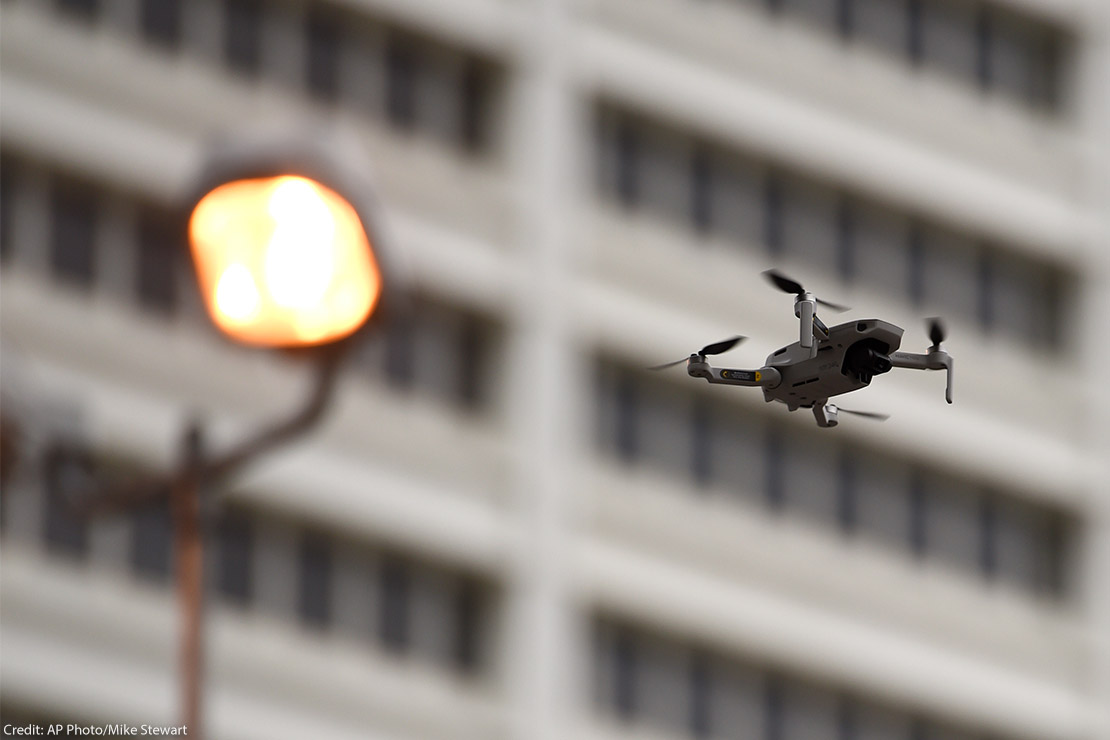 After George Floyd was murdered by Minneapolis police in May 2020, millions of people across the United States protested police brutality for months in one of the largest series of social demonstrations in national history. Throughout this period, federal aerial surveillance tools, including drones, helicopters, and spy planes, monitored at least 15 cities where people were protesting. According to press reports, individual planes gathered as much as 58 hours of footage in a single stretch, with at least 270 hours of total footage being collected across all the cities.

One spy plane that flew over Minneapolis had the ability to obtain high-resolution footage from an unusually high distance, making it less noticeable from the ground—and a group that tried to shine a laser at the plane was located within 20 minutes and surrounded by police. Another plane—which had also been previously deployed in 2015 over Baltimore, during protests following Freddie Gray’s death in police custody—surveilled protests in Washington, D.C., and was equipped to “monitor targets day and night, see through haze, and provide infrared thermal imaging.”

The ACLU of Northern California recently published public records regarding aerial surveillance last summer by the California Highway Patrol, including footage that zooms in on individual faces and records personal interactions between people, along with general surveillance of community activity. The footage also seemed to disproportionately focus on protests for racial justice as opposed to other social activity occurring during the same time period, such as those against Covid restrictions.

Related, the ACLU of Massachusetts recently uncovered information about at least 431 drones owned by their state, with Boston alone owning 210 drones. And in 2020, the Baltimore Police Department implemented a city-wide, six-month aerial surveillance program over the entire city—a program that the full Fourth Circuit Court of Appeals recently held was unconstitutional.

Despite these examples, there has been a stunning lack of transparency surrounding the government’s deployment of these technologies—which is of particular concern for communities of color who are already surveilled disproportionately through other means. When and how these aerial surveillance tools are used, and who they are used against, present critical questions about privacy, free speech, and disproportionate applications of law enforcement attention and resources.

Our FOIA lawsuit intends to uncover all records maintained by these nine federal agencies regarding aerial surveillance over any city in the United States beginning in May 2020, including contracts, footage, policies, monitoring capabilities, flight logs, and other technical aircraft information. We believe that these records will support an increased public understanding about the use and purpose of these surveillance tools, as well as inform discourse about its regulation, future use, and implications. 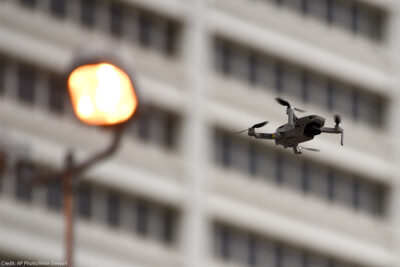