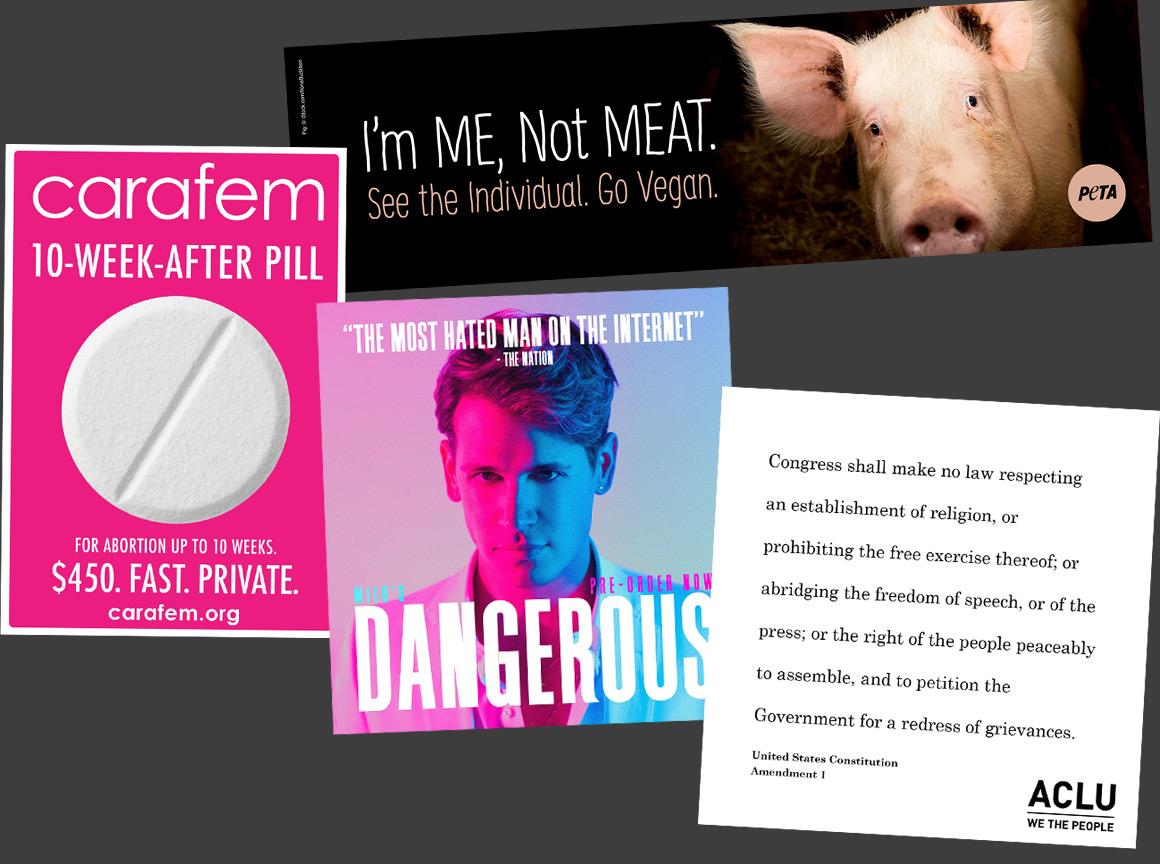 The ACLU and its affiliates in the District of Columbia and Virginia challenged the Washington area transit system’s advertising restrictions as violations of the First Amendment. The free speech lawsuit follows the rejection of ads from four groups that hail from across the political spectrum.

The case was filed on behalf of the ACLU; women’s health care collective Carafem, which specializes in family planning and abortion care; Milo Worldwide LLC, the company of conservative commentator and writer Milo Yiannopoulos; and animal rights non-profit People for the Ethical Treatment of Animals.

The Washington Metropolitan Area Transit Authority rejected a series of ACLU ads displaying the text of the First Amendment in English, Spanish, and Arabic; a Carafem ad for medication abortions using what is described as the “10-Week-After Pill”; and several PETA ads suggesting that people “Go Vegan.” Ads for Yiannopoulos’ new book, “Dangerous,” were first accepted by WMATA, then removed from the transit system after riders complained.

The lawsuit argues that parts of the agency’s ad policies violate the First Amendment by discriminating against particular ads and advertisers deemed controversial by WMATA officials. The current guidelines ban ads “intended to influence members of the public regarding an issue on which there are varying opinions,” ads that “support or oppose an industry position or industry goal without any direct commercial benefit to the advertiser,” and ads “intended to influence public policy,” among others.

One of the rejected PETA ads showed a pig with text below reading, “I’m ME, Not MEAT. See the Individual. Go Vegan.” The ads were rejected for violating several of WMATA’s guidelines.

Another of the rejected ads was from Carafem, a nonprofit health care network that specializes in providing women access to birth control and medication abortion. The submitted ad featured a large image of a white pill and below it, the text “10-Week-After Pill” and “For abortion up to 10 weeks. $450. Fast. Private. carafem.org.” WMATA had previously run ads for Carafem and its services, but this time told Carafem that the ad would not be accepted because it was “controversial” and “issue-oriented.”

In late June, WMATA approved and posted ads promoting the release of Yiannopoulos’ book in trains and stations, only to pull them down a few days later after receiving complaints. The ads contained a photo of the author’s face, and quotes about him from journalists. Yet the ads were rejected as too controversial.

The ACLU’s advertising campaign was launched to remind the public about the rights that the First Amendment protects and to send the message that it applies to all Americans, regardless of what languages they speak. WMATA refused to accept the ACLU ad and did not provide a specific reason.

At the same time, WMATA has accepted a wide variety of advertisements that do convey viewpoints on controversial issues. For example, while WMATA rejected PETA’s ad for a vegan diet, it accepted an ad from a restaurant showing a tasty dish and labeled “PORKADISE FOUND.” At the same time it tore down ads for Yiannopoulos’ book, it was running ads for a movie that showed four women ogling a male stripper.

The lawsuit asks the court to order the agency to accept and run the ads in its trains and stations and in and on its buses. The lawsuit also asks the court to declare four sections of WMATA guidelines unconstitutional because they violate free speech rights, are arbitrarily enforced, and are unconstitutionally vague. The plaintiffs’ lawyers also filed a motion for Milo Worldwide LLC, seeking immediate relief from the court given the ongoing loss of revenue from book sales caused by the wrongful removal of advertisements for Mr. Yiannopoulos’ book. 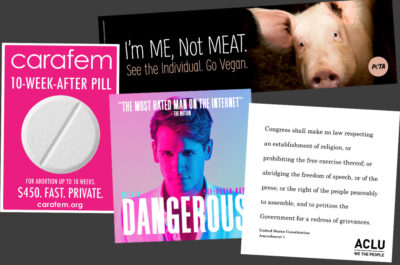 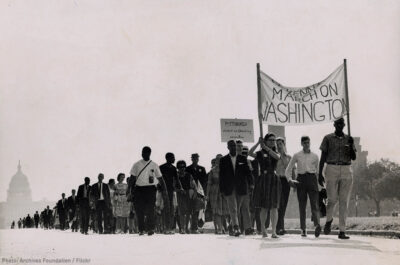 How Could You Represent Someone Like Milo Yiannopoulos?
Support our on-going ligitation and work in the courts Donate now