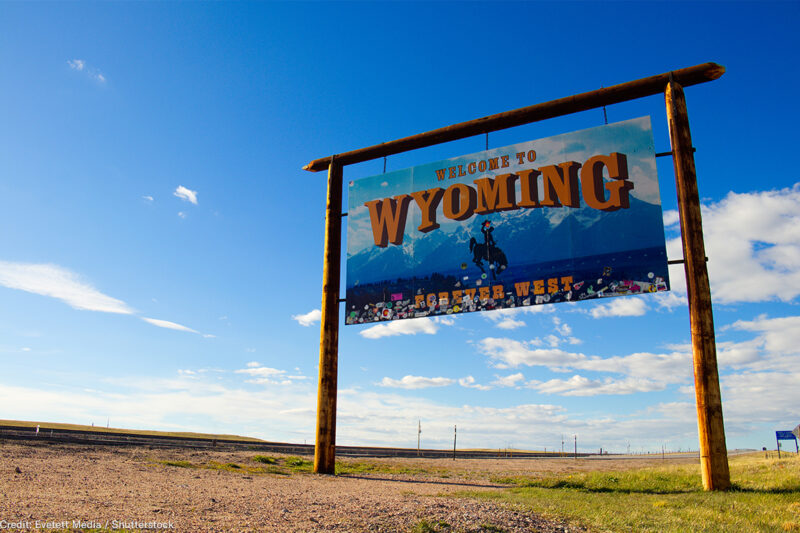 In 1987, the Wyoming Legislature created a program to help young criminal offenders quickly see the error of their ways and become productive citizens.

Under the state’s Youthful Offender program, a state sentencing judge diverts first-time offenders to enter a “boot camp” program administered by the Wyoming Department of Corrections for the first six months where they receive rehabilitative programming and instruction and vocational training. If they do well in the boot camp, the sentencing judge can then place them on supervised probation for the rest of their sentence, thus sparing them years behind bars.

The Youthful Offender program is good public policy that gives people a second chance and saves taxpayers money. Only there’s one problem. The WDOC implemented the program in a way that only benefited approximately one half of the state’s population.

Administrators immediately constructed a male-only facility, which naturally sent the strong message that only men could enter the program. They then issued a rule stating that only those prisoners recommended for boot camp by their sentencing judge would be admitted. For the past 30 years, administrators have watched as sentencing judges only recommended men and did nothing to encourage them to recommend women. Administrators never even posted a notice on the WDOC website that women were welcome.

As a result, hundreds of men have benefitted from the program — but not one woman. And so for three decades, WDOC administrators have turned a blind eye to the fact that scores of women who committed the same crimes as men have spent years longer in prison for no good reason.

Scores of women who committed the same crimes as men have spent years longer in prison for no good reason.

Two months ago, the ACLU filed a lawsuit in federal court against WDOC administrators challenging this practice. No state is allowed to operate a program in such a way that it discriminates against citizens on the basis of gender. Yet, despite the obvious injustice of WDOC’s discriminatory program, administrators filed a motion asking the judge to dismiss the case. Among other things, they blame the women — and not themselves — for the male-only program, arguing that women should have done more to convince their sentencing judges to recommend them for admission into the program.

This argument completely ignores the fact that WDOC created a discriminatory program at the outset by constructing a male-only facility. Moreover, its actions — or lack thereof — speak volumes. If WDOC had any intention of running an equal program, it could have done several things to make it a reality. It could have made it explicit to judges, the state’s public defenders, and the public that it would accept boot camp recommendations for female offenders through direct communications and public hearings. And it could have demonstrated its good faith by constructing a female-only facility, too.

But none of this happened.

As the agency delegated by the legislature to operate the boot camp program, WDOC could have — and should have — ensured that it was operated in a nondiscriminatory manner. WDOC’s effort to shift the blame only adds insult to injury to women who deserve the same chance as a man to make amends without going to prison. But instead of rectifying three decades of discrimination, the state is digging in its heels in defense of a program that excludes women for no good reason.

And that cannot go unchallenged.