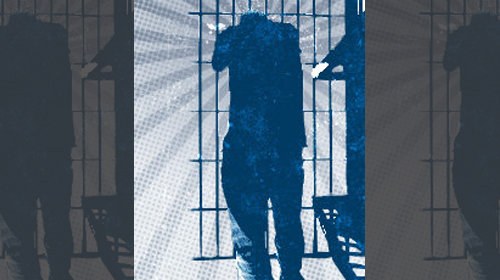 Last week, the Department of Justice released the long-awaited Prison Rape Elimination Act (PREA) regulations, representing the first time that the federal government has issued national standards to help end sexual abuse in correctional facilities. The regulations are two years late and a lot of harm has been done in their absence, but now they will help protect important constitutional and human rights and ensure safe and fair correctional facilities that assist prisoners in rehabilitation rather than needlessly brutalizing them. This is the final of three blogs marking the occasion.

Yesterday the Department of Justice (DOJ) released the long-awaited National Standards to Prevent, Detect, and Respond to Prison Rape. These standards – the first of their kind—create an historic opportunity to put an end to the epidemic of sexual abuse in prison, which disproportionately affects prisoners who are lesbian, gay, bisexual, transgender or have intersex conditions (LGBTI).
Sexual abuse in prisons is so common that it’s a subject of jokes, but it causes severe and lasting harm to thousands of people each year. A report just released by DOJ shows that almost one in 10 former state prisoners were sexually abused during their incarceration. For gay men, it was nearly four in 10. A separate survey reported that 15 percent of transgender people in prison were sexually assaulted; for transgender African-Americans, the number was 35 percent.

The new standards aim to prevent sexual abuse from occurring in the first place, and to detect and appropriately respond to it when it does happen. We are thrilled that DOJ adopted several recommendations we made as part of a coalition of LGBTI advocacy groups, including:

• A prohibition against segregated units for LGBTI prisoners, which can stigmatize them and increase the risk of abuse.
• Requiring consideration of a prisoner’s actual or perceived LGBTI status or gender non-conformity in assessing the risk for victimization.
• Staff training on effective communication with LGBTI and gender nonconforming prisoners, which will help prevent abuse and encourage reporting when it occurs.
• Case-by-case determination of housing assignments for prisoners who are transgender or have intersex conditions – no more assignment based on genital status alone.
• Allowing prisoners who are transgender or have intersex conditions to shower separately from others, removing one of the most vulnerable situations for these prisoners.
• A prohibition against physical exams of transgender prisoners and those with intersex conditions solely for the purpose of determining genital status, which can be humiliating and traumatic and also an opportunity for sexual abuse by staff.
• Strict limits on the use of isolating protective custody.

These standards have the power to save lives and transform the way LGBTI prisoners are treated in prison. We now need to ensure that they are fully enforced.

The standards were adopted by DOJ to comply with the Prison Rape Elimination Act, a law enacted by Congress in 2003. They apply to all facilities operated by the federal Bureau of Prisons as well as adult prisons and jails, juvenile detention facilities, police lock-ups, and community confinement facilities that receive federal funds.