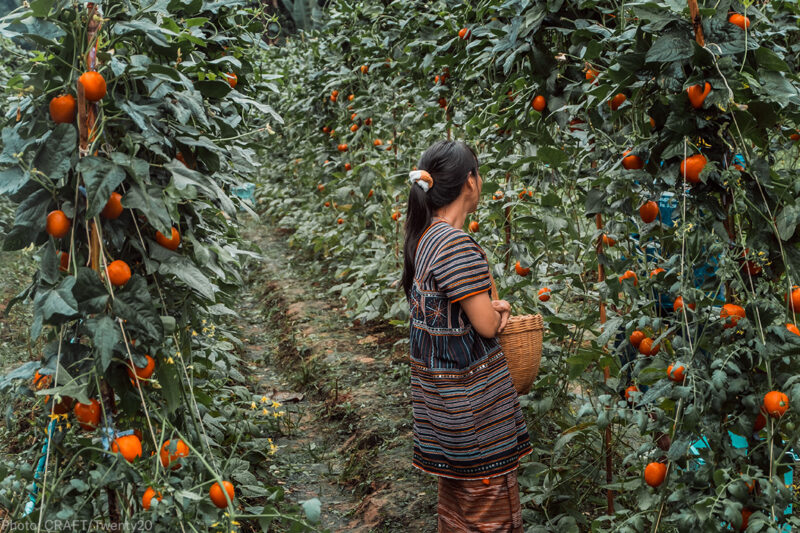 At the heart of so many #MeToo disclosures is invisibility. For farmworker women like Teresa Arredondo, it’s about being isolated and silenced. Originally from Mexico, Teresa immigrated to join her family in California in the 1980s. Throughout the years that Teresa worked in the fields, she experienced exploitation and discrimination, including workplace sexual violence.

But Teresa didn’t stay silent. When she reported the harassment, she was fired. This led her to become outspoken. Now she’s a crew leader at a new farm, overseeing 50 other farmworker women while encouraging them to break their silence. She is also an organizer within Alianza Nacional de Campesinas, where she speaks out so that other women can come forward too.

Now that the #MeToo movement has elevated the experiences and visibility of women like Teresa, it’s our duty to improve the laws that are supposed to protect workers from this exact behavior, like Title VII of the Civil Rights Act of 1964.

Domestic workers and farmworkers are critical to the U.S. economy. They take care of our elderly parents and children. They pick the fruit and vegetables we eat. They are the backbone of our society, supporting our economy, our health, and our well-being. Currently, there are over 700,000 farmworker women across the United States and over 2 million domestic workers.

Domestic and agricultural work is often isolated and invisible. Taking place behind the closed doors of private residences or in fields or packing sheds in rural America, women in these workforces are particularly vulnerable to sexual assault and harassment. As many as eight out of 10 farmworker women interviewed in a recent study by Human Rights Watch reported sexual harassment. Given this vulnerability, it would be expected that Title VII, our federal antidiscrimination law, would offer strong protections for these workers.

In fact, the opposite is true.

Title VII shields certain employers from liability for failing to prevent, address, or remedy sexual harassment against certain groups of workers by excluding companies that employ fewer than 15 workers as well as independent contractors because they are not considered employees under the law’s definition. These provisions of Title VII disproportionately affect domestic workers and farmworkers, many of whom work for small businesses or are classified, at times erroneously, as independent contractors. And federal law is necessary — the few laws that protect domestic and farmworkers from workplace harassment exist in only a handful of states and localities.

This exclusion of domestic workers and farmworkers from labor protections didn’t begin with Title VII. Its roots extend back to America’s legacy of slavery and Jim Crow, particularly the refusal of Southern lawmakers to support labor rights for African-Americans. During the negotiations that brought in the labor policies of the New Deal, federal lawmakers, responding to pressure from Southern lawmakers, excluded domestic workers and farmworkers from the National Labor Relations Act, which gave workers the right to organize and bargain collectively, along with the Fair Labor Standards Act, which created minimum wage and overtime protections.

Over 80 years later, women in these industries have had enough.

On April 24, over 200 women domestic workers, farmworkers, allies, and congressional leaders — and among them Teresa Arredondo — came together in Washington, D.C., to tell their stories and advocate for change. Through chants of “Si, se puede” (“Yes, we can”) and “Mujeres imparables” (“Unstoppable women”) these women, mostly Black, Latina and immigrant women of color, solidified their kinship and unity against all forms of racism, discrimination, harassment, and abuse. United in the belief that all women, and all people, deserve safe and dignified work, they eloquently and passionately made their case for reform. They met with over sixty members of Congress and their staff, urging Congress to amend the existing anti-discrimination law so that all workers are protected, without any loopholes or exclusions.

On April 24 these women were not invisible. As they shared their experiences of rape, sexual harassment, physical and emotional abuse with lawmakers, they were heard and — more importantly — believed. These women have planted the seeds of change in our nation’s capital for all workers who have been historically excluded. Join them — along with the National Domestic Workers Alliance and Alianza Nacional de Campesinas — to continue building the power necessary to change the law, hold employers accountable, and ensure safety and dignity for all workers so they are invisible no more.

Ai-Jen Poo is the executive director of the National Domestic Workers Alliance and co-director of Caring Across Generations. Mónica Ramírez is the president of Alianza Nacional de Campesinas.