2 State Bars Have Done the Right Thing for New Moms Needing to Pump. We’re Making Sure the 48 Left Do Too. 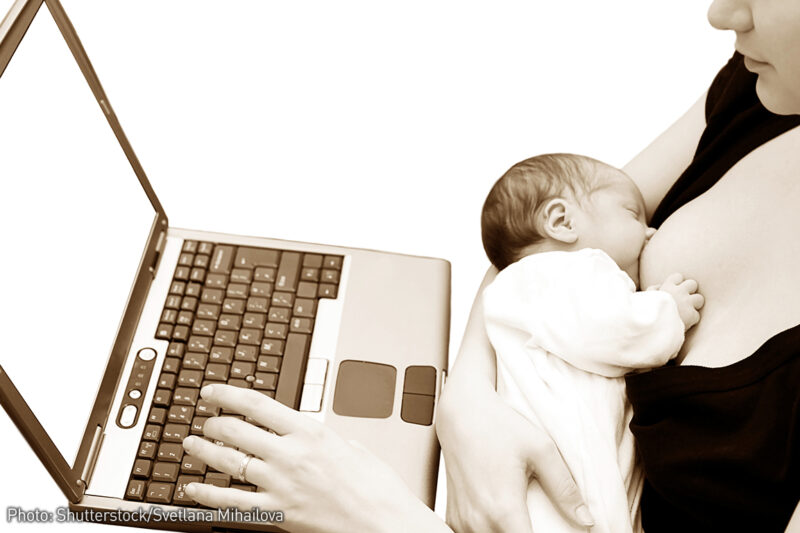 After being denied accommodations to pump breast milk during the Illinois bar exam, Kristin Pagano successfully got the Illinois Board of Admissions to the Bar to reconsider and grant her accommodations. The ACLU of Illinois then decided to take action to ensure that all nursing moms would be eligible for accommodations – such as breaks and a private room for pumping during the exam – and sent a letter on her behalf that resulted in a broad policy change.

Then another new mom-to-be, Shahzeen Karim, came forward with the same problem — this time in Texas. After over 25,000 people signed a petition, the Texas board also agreed to change its policies.

Now a third case has popped up in Kentucky, where the Office of Bar Admissions has told Jacquelyn Bryant-Hayes that the single lunch break in the 8-hour test day should be sufficient for her, even though she informed the board that her baby will be just four weeks old on the day of the test and her doctor estimated she would need breaks every 1.5 hours. (Setting aside the law, something is just wrong with their math!)

The ACLU of Kentucky is appealing that decision. But obviously, this isn’t an isolated problem. That is why the ACLU and Law Students for Reproductive Justice are today announcing a nation-wide initiative to ensure that all nursing mothers who need testing accommodations during the bar exam are eligible to receive them, no matter where they are taking the exam.

Why does this matter?

The ACLU has long fought against discrimination based on pregnancy and breastfeeding in education and career advancement. Standardized tests and licensing exams, such as the LSAT, bar exam, medical boards, serve as important gateways to the professions, and they should be administered in a way that is fair to all test takers, including women who need some extra time and a place to pump.

Failure to pump on a regular schedule (typically every 2-3 hours) can lead to serious consequences, like pain and infection. If women are not allowed enough time to pump during these marathon tests, they will be forced take the exam through pain and distraction, risking their health, or will have to put off taking the exam altogether. Women should not have to choose between pursuing their career goals and their own health or that of their babies.

Thanks to the bravery of Kristin, Shahzeen, and Jacquelyn, we’ve already won changes in two states — and hope to win in a third. Now we need to win this for everyone. The ACLU and LSRJ volunteers are researching the accommodation policies in all 48 states left and will follow up with action against state legal licensing boards whose policies penalize nursing moms.

Here’s how you can help! If you (or someone you know) are planning on taking the bar (or another similar entrance or licensing examination) and need testing accommodations, or if you have already been denied those accommodations, we want to hear from you. Tell us your story!

And stay tuned for more opportunities to get involved as the campaign kicks into full swing.

Correction: This post was revised to reflect that Pagano won the accommodations from the Illinois Board of Admissions to the Bar without the assistance of the ACLU.