Willing to Die for Their Country, But Unable to Vote in It 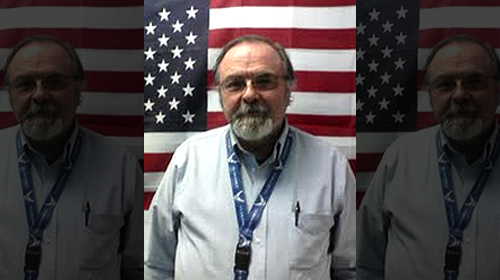 In Wisconsin, a veteran with only his or her Veterans Affairs (VA) ID card will be turned away from the polls. “Unjust” and “unconscionable” don’t cover this — we need uglier words to describe the disfranchisement of citizens who’ve served.

I met Sam Bulmer (pictured above) in Milwaukee at VETS Place Central, a shelter which provides transitional housing to homeless veterans. Sam spent 13 of his 63 years in the U.S. Air Force, serving some of that time with the Air Force Training Command. In Iceland, he served as an instructor during preparations for the Iran hostage crisis mission. Sam has no accepted photo ID card for voting in Wisconsin, but he has his VA ID card hanging around his neck. And he can’t get a state ID card for free? Actually, no. The Division of Motor Vehicles won’t believe Sam is a U.S. citizen until he shows them a certified copy of his birth certificate from Kansas, a document he can’t obtain because Kansas wants him to show ID to get it. Sam isn’t living off the grid or on the margins — he’s worked for General Electric as a trainer on nuclear power plant control room simulation and is currently interviewing for jobs.

Last November, I sat with over 60 veterans like Sam in the basement of VETS Place Central where we talked about Wisconsin’s new voter ID law. The vets stood when they spoke. One wanted to know why a military service ID card is good under the new law, but a photo ID card issued by the VA isn’t. The VA ID has the veteran’s name, a photo, and, if applicable, a special eligibility indicator, such as Service Connected, Purple Heart, or former POW. I didn’t have an answer for the soldier — I don’t think anyone does. I could tell they were shocked and angry, and rightfully so. That veteran who asked the question hit the nail on the head. Walking back to my car, I scribbled his point down on my legal pad, and the next morning, it was a claim in our lawsuit. The ACLU brought suit to defend the right of veterans to vote with their VA ID cards, because of the outcry in that room.

The two other veteran-plaintiffs in the ACLU’s case both come from Chicago. Rickie Harmon served in the U.S. Army. Since he got out, he’s drawn designs for electroplating equipment, worked with the Salvation Army, packed IV bags at Abbott Labs, and cleaned dishes after recruit meals at Naval Station Great Lakes. He’s now in a work therapy program trying to make the transition to a permanent housekeeping position at the VA medical center. The law tells someone like Rickie that being a veteran isn’t enough to vote in this country — he needs a seal of approval from the same agency that administers driving tests. Carl Ellis lacks a copy of his birth certificate. He’s been living on food stamps, dealing with medical issues, and can’t spare the money to pay for a certified copy of his birth certificate. He’s told us: “If I can serve my country, I should be able to vote for who runs it.”

This issue is coming to a head. Gil Paar, an Air Force veteran in Mt. Pleasant, Wis., recently took a stand. Even though he had a Wisconsin driver’s license, he went to the polls and insisted on using his VA ID card to vote. It looks like he caught the attention of some state legislators, and we hope they come to their senses. The men and women who have served this country will be watching.