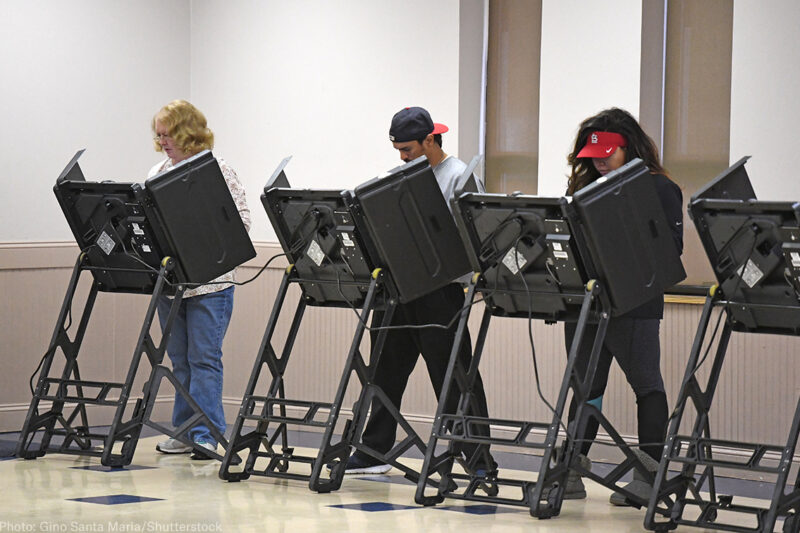 This week, voters in St. Louis County sent a clear message of support for the creation of a smarter justice system.

In the race for St. Louis County Prosecuting Attorney, the incumbent Bob McCulloch was handily defeated by Wesley Bell, a Ferguson councilman and McCulloch’s first challenger in years, in the Democratic primary. There is no Republican candidate in the race.

McCulloch, who was first elected in 1990, drew national scrutiny and sharp criticism over how he handled the investigation into the killing of Michael Brown, a tragedy which occurred four years ago this week.

While the ACLU does not endorse or oppose candidates for office, we were involved in educating voters about the role of the prosecuting attorney, the candidates’ stances and records, and the key civil liberties and civil rights issues at stake in this election.

As part of our Smart Justice campaign, we wanted voters to know that this election will have a major impact on matters like curbing mass incarceration, holding police accountable, and reducing the inequalities based on race and income in our criminal justice system.

Together with our coalition partners in the St. Louis County Reform Coalition, we sent detailed questionnaires to the two candidates and set up a website, PickYourPA.org, outlining their positions on topics like doing away with cash bail, promoting alternatives to incarceration, and increasing transparency.

McCulloch largely ignored the yes-no questions in our survey and instead responded with a broad description of his office policies. He, unfortunately, decided to skip candidate forums with community members and embarked on a campaign of misrepresenting his time in office and attacking the ACLU. But his brazen attempt to mislead voters only created another opportunity to educate residents about his real record.

Bell, on the other hand, committed to supporting many of the key Smart Justice goals.

If elected, Bell said that he would eliminate cash bail, increase the use of diversionary programs for low-level drug offenses, never seek the death penalty, and waive fees that encumber low-income individuals. Crucially, Bell said he would work to hold police officers accountable for reported abuses of power, including through the establishment of independent investigations into cases involving police misconduct.

He also declared that he would advocate for greater transparency with the community, the reform of the county’s juvenile justice system, the protection of immigrants from federal deportation schemes, and second chances for people released from incarceration.

As part of our voter education campaign, we set out to work with the St. Louis County Reform Coalition, an alliance of civil rights groups, and others in the community to address the issues in the race. Our volunteers knocked on thousands of doors and made phone calls, having countless conversations with voters about the civil liberties issues at stake.

Along with the PickYourPA.org website, we launched a radio ad addressing McCulloch’s refusal to end the unjust cash bail system and shared an online video detailing one woman’s experience with the prosecutor’s office. When her husband was convicted of a crime in federal court, McCulloch used the federal case to needlessly lengthen his sentence in the state system. This incident was emblematic of McCulloch’s heavy-handed approach throughout his tenure that relied on incarceration as a first resort.

We worked with groups on the ground in St. Louis County, including all the members of the St. Louis County Reform Coalition, to mobilize voters from across the county — north, west, and south. For many, August 7 brought tears of joy. In gathering places throughout the county, the recognition that voters had spoken in strong support of reform uplifted the voices of community members who for years had pushed for systematic changes. St. Louis County voters and community organizations alike are invigorated and committed — cognizant that the work continues but relieved that community anguish is being heard.

As a result, civil liberties issues gained tremendous prominence in a race that is often ignored and uncompetitive, and voters delivered an unequivocal verdict. Voters across the county, regardless of state or political party, want elected prosecutors like Bell who are committed to reform. This race shows that when voters are given a real choice on Election Day and given the information they need about candidates’ actual records and position, they will vote those values at the ballot box. It’s an approach we will continue to replicate throughout the country.

But this isn’t the end of our work. With Bob McCulloch’s tenure now coming to an end, we will now turn to working just as hard to ensure that Wesley Bell upholds civil rights policies. We won’t stop pursuing all efforts to end mass incarceration and eliminate racial disparities.