My Son Has Been In Prison For 30 Years. Parole Reform Could Bring Him Home. 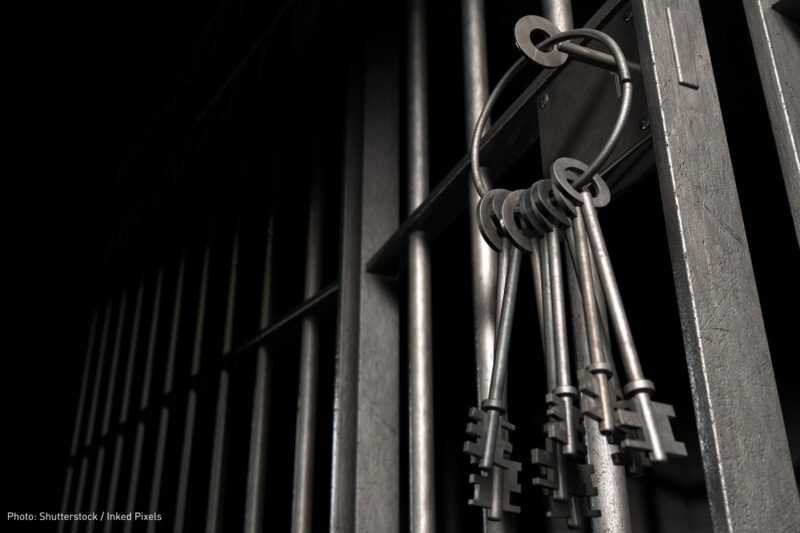 My son Aron Knall has served 30 years of a 40- to 60-year sentence in Michigan. He’s in prison because he committed a dreadful crime when he was 15 years old. He murdered a man.

When I think about what he did and the time he’s spent in prison because of it, it makes me feel like I failed him as a mother. He tells me not to feel that way. He says he committed the crime, and now he’s doing his time. He was 16 when he went to prison. His time behind bars has stretched into decades, and it’s consuming his entire life.

Despite his decades in prison and good behavior, he’s not yet eligible for parole under our current system. And I worry that when he is eligible, they’ll just deny him. Aron’s served so much time and changed so much.

If parole isn’t for him, then parole has to change.

When Aron was growing up, Saturday was little league football day. We were at the games from 8:30 a.m. to 6 p.m., and it was always an exciting day. Aron was the quarterback and played his position well. His team made the championship playoffs several times. He says his sister taught him how to throw a football . Looking back over Aron’s childhood, he was full of humor, always teasing his siblings. They were close.

In his attempts to gain attention afterward, I saw his character change. Aron went from a B-student to one who skipped class entirely. He started hanging with the rough crowd. He would run away from home when he felt like it. I started to ask for help with Aron from the authorities only to be told over and over again, “Nothing can be done unless a crime is committed.”

Aron eventually committed that crime, and now something else can’t be done: We can’t bring him home.

Every member of our family has struggled with the pain of his being away. We each dealt with it in our own way. After graduating from college, his sister married and relocated out of state. It took her almost a decade to forgive Aron. His oldest brother also relocated with his family, but due to ill health now cannot visit Aron. His youngest brother was only nine at the time and could not comprehend what was occurring. As he grew older, Aron and he had what you may call a man-to-man talk about why Aron had to go to prison. Since then they’ve reconnected as brothers.

During his three decades behind bars, Aron has done so much to make me proud. We’ve talked about how we all feel his victim’s pain as well as our own. He’s shown so much remorse, so much understanding, and so much maturity. It’s like they say in the Bible, “old things are passed away; behold, all things are become new.”

Aron decided to take steps to become new, to better himself. He enrolled in GED courses and got his degree. I recall the prison cap and gown ceremony when he walked in, proudly took his seat and waited for his name to be called. My heart jumped for joy.

Since then, Aron has gotten certificates of completion from Wayne County Community College, Grand Valley State University Inside-Out Prison Exchange, National Center for Construction Education, and Plans and Goals for the Future. The most rewarding event for him was being chosen as a youth facilitator for younger prisoners. Aron grew up in prison, and he wanted to help other kids who had to go through the same thing. Kids who had to grow up separated from their families, in a strange and sometimes dangerous place. He wanted to open their minds, and their hearts.

During the decades my son has been in prison, I’ve learned that even though people say parole is possible, the system is set up so that he can’t even get a fair chance at being released. Parole boards seem to be content to let anyone who’s in prison just stay there. Even the prison officials who do see what he has done and how much he has changed can’t do much to help him when it comes to getting a a chance at release through parole. In our country, the parole process is hidden; it’s unfair; and it needs to change. And not just for my son, but for the thousands of other people living behind bars who have stories like his.

Let’s make second chances real for prisoners who have served lengthy sentences for crimes they committed when they were young. People applying for parole should have their entire history reviewed before parole decisions are made. It doesn’t help anyone to just slam the book on their lives. I don’t want the book slammed on Aron’s life. He’s become a man who deserves to have that book opened.

Each year I think I’m all cried out. But at times when I leave from visiting Aron, I still shed some tears. I cry, but I still have hope. I hope that one day driving to prison to visit my son will not be part of my life. I hope one day I’ll be driving there to finally bring him home.