L.A. County Jail Still Plagued by Deputies Who Abuse and Retaliate Against Inmates 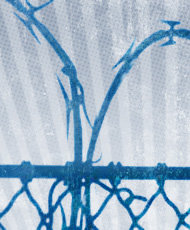 The ACLU of Southern California and the ACLU National Prison Project today released a disturbing new report on the Los Angeles County Jail that documents numerous, serious allegations of physical abuse and retaliation at the hands of sheriff’s deputies. As part of its official, court-appointed monitoring role in the jails, the ACLU has received more than 70 complaints over a five-month period in 2010 from prisoners who describe a climate of fear and brutality.

One prisoner reported being attacked by a group of about 10 deputies, unprovoked, on the way back to his cell from church. The deputies punched and kicked him so hard he sustained several broken ribs, a swollen artery in the brain, and a fractured nose. Another prisoner reported being severely beaten up by a group of deputies for having his shirt untucked and asking for a new pair of shoes. Yet another prisoner, a disabled man suffering from a torn ligament in his knee, reported being attacked by three deputies after he had asking to be assigned to a bottom bunk, at his doctor’s recommendation.

The report also documents repeated instances in which deputies retaliated against inmates merely for speaking to the ACLU. The retaliation included threats and intimidation, denying detainees access to phones, showers or television, repeated cell searches in which they destroyed personal photos and property, as well as physical abuse. These acts of overt retaliation intimidate prisoners from speaking openly and honestly with ACLU jail monitors and create a significant obstacle to the organization’s carrying out its court-appointed role as monitor of the jail.

Did these prisoners do anything to provoke the beatings? Are the accusations unsubstantiated, intended to mar the reputation of the sheriff’s deputies? Undoubtedly, prisoners sometimes contribute to deputies’ use of force by becoming physically combative or by verbally threatening jail staff. But what is striking about the ACLU report is the similarity among the reports of abuse — prisoners telling the same story of abuse, with only variations of time and location. This cannot be ascribed to mere coincidence, but instead points to a disturbing pattern of abuse. Moreover, many of the statements by prisoners who report being beaten by deputies are corroborated by statements by one or more witnesses.

The allegations in the ACLU report follow a summer of controversy for the Los Angeles Sheriff’s Department about its handling of the jail system. Earlier this month, a former deputy was sentenced to four years in prison for attempting to smuggle 161.5 grams of heroin, 24.4. grams of methamphetamine, and 51.5 grams of marijuana into the North County Correctional Facility.

Last month, the Office of Independent Review (OIR) for the County of Los Angeles, which monitors the Sheriff’s Department, concluded an investigation (PDF) that uncovered a deliberate and systematic cover-up involving at least 10 deputies who falsified surveillance logs to hide the fact that they were not properly performing their duties, including conducting safety checks on the prisoners. Instead, they were doing things like working out at the jail’s gym or making a “chow run” to a nearby restaurant. During the time these records were being falsified, John Horton, a young man barely 20 years old, hung himself in his cell. Deputies knew that Horton was despondent but nonetheless failed to make numerous calls for safety checks on Mr. Horton, which might have saved his life. During the period of time leading up to his suicide they also teased him, mocked him and called him crazy. His body also showed internal bruising that had occurred before he hung himself.

Taken together with the ACLU report, these accusations paint a picture that raises serious questions about the level of supervision deputies receive inside the jail, and demand swift and immediate reform from the sheriff’s department.

After today’s report, the sheriff’s department can no longer turn a blind eye to the deputy misconduct pervasive in the jail. The department must implement better supervision of deputies at the ground level so misconduct is reduced. Deputies must also be punished when abuse does occur. The sheriff’s department must also establish a system to document and review use of force incidents to prevent abuse from going unchecked. Finally, it must take steps to reduce the dramatic overcrowding and understaffing at Men’s Central Jail, which increases the likelihood that overstressed deputies will abuse prisoners.

The vast majority of the men and women who protect our community through their work with the Los Angeles Sheriff’s Department do so with integrity and respect for human dignity. At the same time, though, the unjustifiable and egregious misconduct of a group of deputies, and the department’s failure to remedy that misconduct swiftly and forcefully, are shaking, to its very core, the public’s confidence in those we trust to enforce our laws. Sheriff Lee Baca must end this pattern of deputy abuse and retaliation, and publicly declare a no-tolerance policy for the abuses uncovered by the ACLU and the OIR.

This summer of scandal has already chipped away at the department’s reputation; will Sheriff Baca wait until the badge is tarnished?