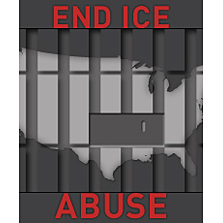 The Department of Homeland Security assumes that mass detention is the key to immigration enforcement. But in fact, our detention system locks up thousands of immigrants unnecessarily every year, exposing detainees to brutal and inhumane conditions of confinement at massive costs to American taxpayers. Throughout the next two weeks, check back daily for posts about the costs of immigration detention, both human and fiscal, and what needs to be done to ensure fair and humane policy.

Every year for at least the last four years, an officer, guard or other employee at an immigration detention center in Texas has been criminally prosecuted for sexually assaulting an immigration detainee. Every time, the government issues a press release about the prosecution and trumpets its efforts to protect detainees and punish bad actors — the implication being that sexual assault in detention is limited in scope and due merely to the actions of a few bad actors.

Government documents obtained by the ACLU through the Freedom of Information Act and made public last week contain nearly 200 allegations of sexual abuse of immigration detainees jailed at detention facilities across the nation since 2007 alone. While more complaints came from facilities in Texas than any other state, allegations have come from nearly every state that houses a detention center. And because sexual abuse is something that is widely underreported, there can be little question that the information we have thus far received is only the tip of the iceberg. What is clear is that the sexual abuse of immigration detainees is a widespread problem and that immigration detainees are particularly vulnerable to abuse.

The assaults in Texas and elsewhere wouldn’t happen if officials and administrators at Immigration and Customs Enforcement (ICE) detention centers strictly adhered to the policies and procedures designed to ensure the safety of detainees — such as the requirement that no opposite sex officer transport a female detainee alone. And they wouldn’t happen — at least not with such frequency — if ICE didn’t needlessly detain such an enormous number of individuals, many of whom are asylum-seekers and not subject to mandatory detention. Indeed, the vast majority of the people the government has forced into detention didn’t ever warrant being detained, but they nonetheless have been victimized by an unyielding commitment to detention and deportation without the kind of individualized determinations that are the essence of due process.

Act now to help ensure that all immigrations detainees are protected against sexual assault.

The ACLU of Texas last week filed a federal class-action damages lawsuit on behalf of three immigrant women who came to the United States seeking a safe harbor from violence and persecution in their home countries. Each of the three women left everything she knew behind. Two of the women have children, and the third, at 24, is little more than a child herself. All of them came to the United States seeking asylum, and all of them thought­, once they crossed the border, that they had crossed into safety. They were vulnerable — speaking little to no English, with no money and few resources, with only the hope of asylum in the United States to prevent them from having to return to the violence they left behind. They thought that being in the United States would mean they were safe.

These women, and at least six others, were subsequently assaulted by an official with the Corrections Corporation of America, a private prison company that is paid by the federal government to detain immigrants at the T. Don Hutto detention center in Texas. The official, an escort driver, was assigned to transport detainees from Hutto to the airport or the bus station when they bonded out or otherwise obtained release. He would leave the facility in the early, dark hours of the morning, drive a ways, then pull over behind a gas station or off the road, tell the women to get out of the vehicle, and then “search” them by putting his hands all over their bodies.

These assaults were allowed to continue because not a single government official or representative ever reviewed the transport log books to realize that the prohibition against opposite sex solo transport was being regularly violated. These assaults stopped only because the ninth known victim ran into the airport in terror, crying, and when asked why, reported to an airport employee that she had just been assaulted.

It is hard to imagine the kind of terror these women felt while they were being assaulted, knowing they were powerless and utterly alone in the hands of a man employed by the very government whose protection they originally sought. It is also hard to imagine how the government, having failed to protect these detainees from sexual assault in the first place, also failed to advise them that, as victims of a sex crime, they were eligible to apply for a U visa — a special status for victims of particular crimes who have provided information about the crime to the government. Yet that is what happened. After taking their statements and using their information to pursue criminal charges against the perpetrator, the government neglected to inform these women about the U visa.

There is one immediate thing the Obama administration can do to help ensure the protection of immigration detainees: make sure that all detainees are covered under the Prison Rape Elimination Act (PREA) of 2003. Join us in demanding that President Obama and Attorney General Eric Holder grant the full protections of PREA to immigration detainees.