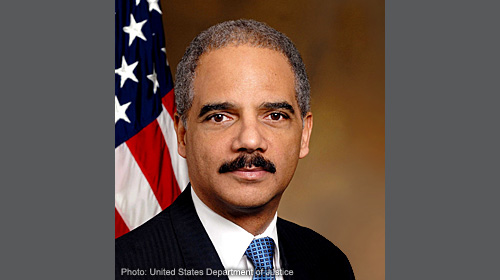 What should we make of the nation’s top prosecutor calling out the US for throwing too many people behind bars and challenging the failed war on drugs?

First off, we should acknowledge that this is a big deal! This is the first speech by any Attorney General calling for such massive criminal justice reforms. This is the first major address from the Obama Administration calling for action to end the mass incarceration crisis and reduce the racial disparities that plague our criminal justice system. In the same speech, the Attorney General committed to take on the school-to-prison pipeline and called on Congress to end the forced budget cuts that have decimated public defenders nationwide. This is great news.

The ACLU can proudly say that it has been deeply engaged in policy discussions with this administration, and Democrats and Republicans in Congress. Many of the reforms that we have long championed made it into the Attorney General’s speech, including:

The Attorney General has assured us that this is just the beginning, and he is taking on the bipartisan spirit that has produced state level reforms and has fueled the reduction in state prison populations. These changes are long overdue because the federal prison population continues to grow and is 40% overcapacity. What’s worse, as a soon to be released ACLU report will show, a stunning 2,074 federal inmates are serving sentences of life without the possibility of parole for nonviolent crimes.

Mandatory minimums are partially to blame, leading to a situation in which billions of federal dollars currently go to incarcerating people convicted of low-level drug crimes. It’s great Holder is leading the way, but there is a limit to what he can accomplish by executive action alone. Congress needs to step up. While the ACLU advocates for the repeal of all mandatory minimums, we strongly support bipartisan bills introduced by Senators Paul and Leahy and Senators Durbin and Lee to lessen the impact of mandatory minimums. We welcome the Attorney General’s support of this legislation and his urging of Congress to take swift action.

Too many people are caught in the criminal justice system who don’t need to be there; diverting those people out of the system makes sense economically and morally.

Many sick and elderly people can be safely released from prison and jail. The ACLU has issued numerous reports including this one, noting that approximately 13.5% of federal prisoners are age 50 or older and calling on states and the federal government to make both short-term reforms and systemic changes to our country’s extreme sentencing practices.

But Holder’s proposal to avoid the harsh impact of mandatory minimums won’t accomplish everything because it is totally dependent on prosecutors following his lead. And this is not an example of executive overreach—federal prosecutors have always had the authority to avoid mandatory minimums. Whether they’ll exercise that discretion now remains to be seen. The Justice Department must be vigilant in tracking prosecutors’ charging practices to make sure they do the right thing.

These are welcome reforms, but more can be done to deepen their impact. We need to keep pushing the Justice Department to take action to eliminate racial disparities throughout the criminal justice system by updating the Ashcroft guidance on the use of race in federal law enforcement and to be even more outspoken with Members of Congress and the US Sentencing Commission in reducing the extreme sentencing laws that caused the mass incarceration crisis in the first place.

The ACLU will continue to work with the Justice Department to advance the types of reforms announced today, and we’re thrilled to see the Attorney General taking action in this area.