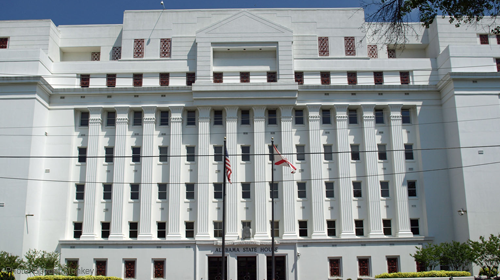 Some legislators in the Yellowhammer State seem intent on bringing the hammer down on Alabama women.

Less than a month into the new year, the Alabama House passed HB31 which would permit hospital staff, including any doctor, nurse, counselor, or lab technician, to refuse to participate in any phase of patient medical care related to ending a pregnancy, even if that is what a patient like this woman needs to protect her own health.

Not content with just one bill that poses a grave threat to women, some Alabama politicians are attempting to push through into law four additional anti-abortion measures.

Today, the Alabama House health committee passed a package of bills designed to roll back women’s health by blocking access to abortion. The package includes:

We are likely to see intense debate and media coverage of the proposed six-week ban, but these other proposals are also critical. While the end goal of anti-choice forces remains overturning Roe v. Wade and making abortion illegal, politicians like the ones spearheading these efforts in Alabama have figured out that short of accomplishing this goal, they can effectively take away access by chipping away at access.

These extremists think we won’t notice that they are trying to block access to safe and legal abortion care, regardless of a woman’s circumstances. Let’s prove them wrong.