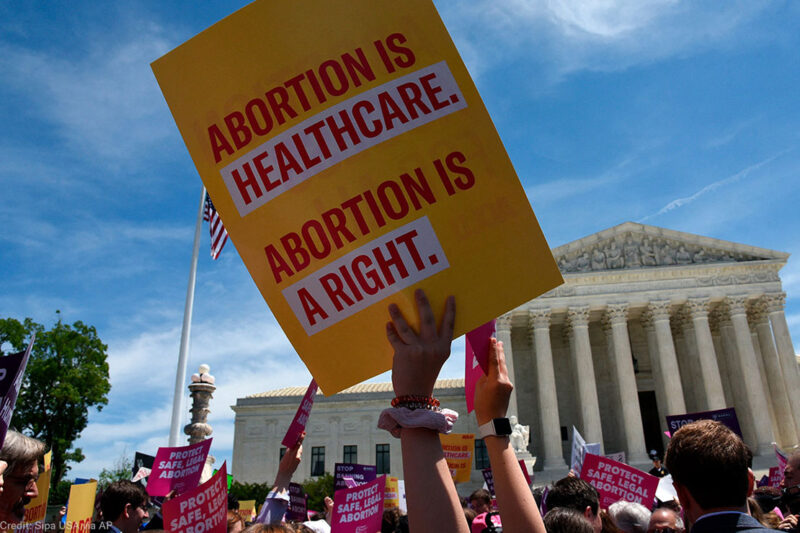 For more than two years, the ACLU has been fighting a Trump administration policy that prevents unaccompanied immigrant minors in federal care from accessing abortion. We had previously won in the lower court, securing a preliminary block on the policy. And last week, the Trump administration chose not to challenge that ruling and ask the Supreme Court to review the case—a real victory in our fight for justice for the Janes.

We first filed the case in October 2017 on behalf of Jane Doe, a fearless young immigrant woman who fought the Trump administration’s attempt to deny her right to end her pregnancy. Jane’s win, and her bravery, laid the foundation for our success in the months that followed in obtaining court orders that blocked the government’s attempts to prevent other young immigrant women from making their own decisions about whether to continue or end a pregnancy.

In March 2018, a federal district court issued an order temporarily blocking the government from enforcing its abortion ban against all pregnant immigrant minors in its custody, finding the ban to be unconstitutional under Roe v. Wade and allowing the case to proceed as a class action.

This past summer, the D.C. Circuit Court of Appeals agreed, finding that the administration’s policy “functions as an across-the-board ban on access to abortion” for pregnant immigrant minors. In its ruling, the Court unanimously “reject[ed] the government’s position that its denial of abortion access can be squared with Supreme Court precedent.”

The Trump administration had until November 8th to ask the Supreme Court to overturn our lower court win and allow it to resume its policy of forcing these teens to remain pregnant against their will. But last Friday came and went, and the administration filed nothing.

We’re relieved that the government did not appeal. The government’s failure to ask the Supreme Court to review the injunction means that the temporary protections we’ve secured for the Janes will remain in place.

But this does not mean we can rest easy. The case isn’t over — we’re still fighting in the district court for final, permanent relief that would close the door on the government’s efforts to implement its unconstitutional policy for good. And the Jane Doe case is just one vector of a full-scale effort by the Trump Administration, along with other federal and state politicians, to dismantle our hard-won reproductive rights.

Over the past year, Arkansas, Georgia, Kentucky, Missouri, Ohio, Utah and Alabama have all passed bans on abortion. The ACLU has blocked all of these abortion bans from taking effect, and abortion is still legal in all 50 states. But politicians across the country continue to push these bans in the hopes that the Supreme Court will use one of them to overturn Roe v. Wade.

At the federal level, the Trump administration has sought to strip millions of low-income people who rely on Title X, the nation’s family planning program, of their ability to access comprehensive, high-quality reproductive and family planning care. It has promulgated rules that would have (absent a court order)  permitted employers and universities to deny their employees and students insurance coverage for contraception due to moral objections.  And it has issued other rules — which we just blocked from taking effect — that would have allowed health care providers to refuse to provide critical health care services based on personal religious or moral beliefs.

As the old saying goes, the measure of a nation is reflected in how it treats its most vulnerable members. Nothing is beyond the pale for this administration in its attacks on reproductive health care in general, and immigrants in particular, whether it be ripping children away from their parents at the border, forcing them to stay in squalid, dangerous conditions in Mexico, or denying them access to critical medical care.

The government’s ban on abortion for immigrant minors is just another attempt to strip some of the most marginalized people in our society of their constitutional rights — in this case, young immigrant women of color. Just as your ability to get an abortion should not depend on where you live, neither should it depend on your immigration status, age, national origin, race, gender identity, or economic circumstances. We won’t let up in our fight on multiple fronts to ensure abortion remains safe and legal for everyone in America, including back in the district court, where we will resume our efforts on behalf of the Janes to ensure that this administration’s unconstitutional policy is struck down for good.