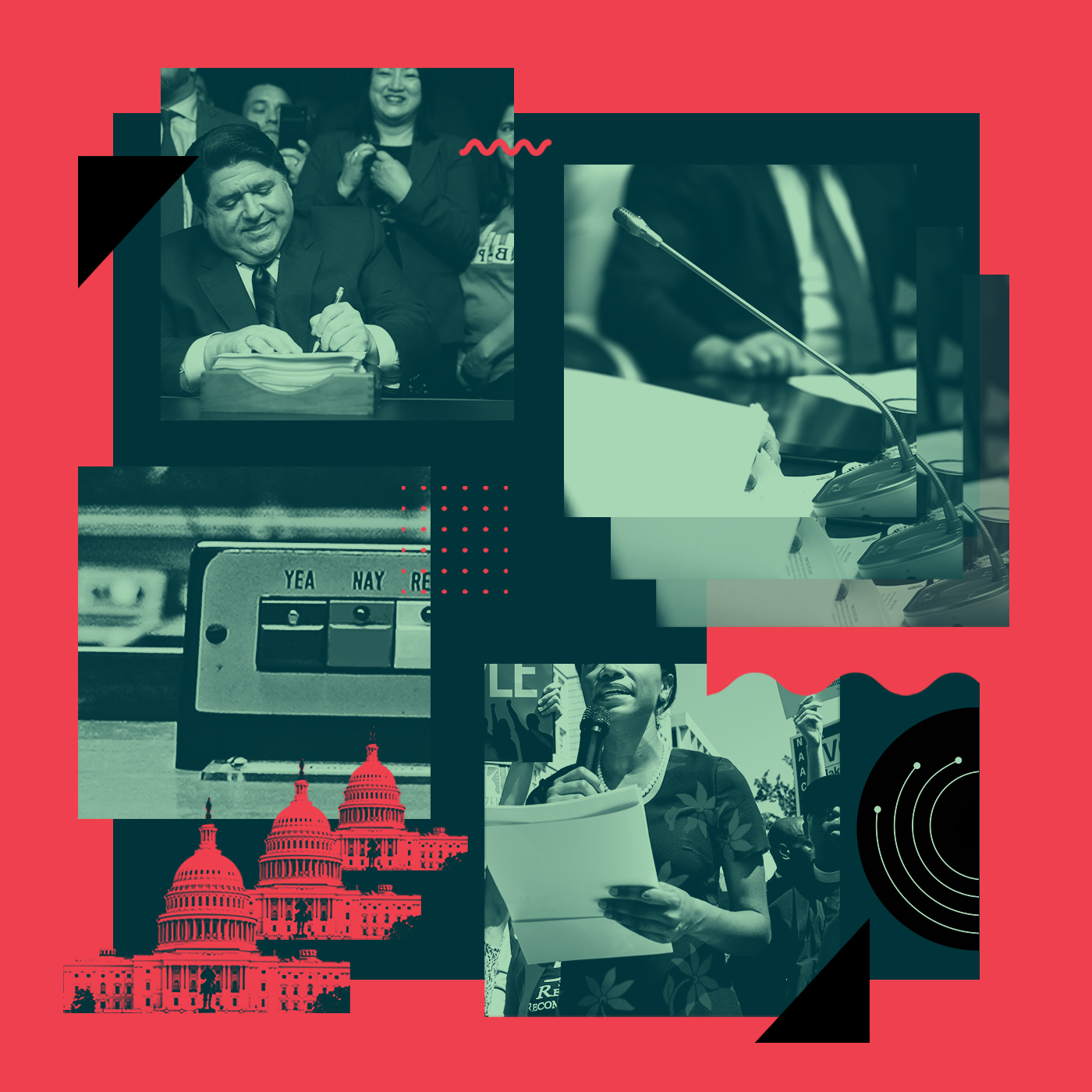 The Battle for Abortion Access Is In the States

Even after a year of brutal attacks, we’re putting wins on the board.

This past year has been a critical one in the fight for reproductive freedom. For decades, politicians who want to interfere with people’s personal decisions about pregnancy have worked to push abortion care out of reach. They’ve quietly passed 483 state abortion restrictions since 2011 — including 59 new restrictions passed in 2019 alone. And after Trump was able to put two new justices who are hostile to abortion rights on the Supreme Court, politicians decided to go for broke.

Since Justice Kavanaugh’s confirmation, seven states have passed laws banning abortion from the earliest days of pregnancy, all of which have now been blocked. The ACLU has challenged five of the new early bans, stopping these laws from going into effect in Alabama, Georgia, Kentucky, Missouri, and Ohio. Because of our work alongside our partners, abortion is still legal in all 50 states.

The threat to abortion access is real, and with such a volume of anti-abortion laws being passed, it can be hard to stay hopeful. But even as we saw extreme attacks throughout the South and Midwest, 2019 was also a banner year for historic wins.

In seven states, legislators passed eight bills to protect and expand access to abortion care. New York and Illinois passed Reproductive Health Acts, laws recognize the right to prevent, end, or continue a pregnancy as fundamental; treat abortion as health care rather than a crime; authorize nurse practitioners and other advance practice clinicians to provide abortion care; and remove outdated abortion restrictions from their books.

This victory was especially important in Illinois, which is surrounded by states that are hostile to abortion rights and already serves as a refuge for those who cannot obtain care — like in neighboring Missouri, where the last abortion clinic hangs by a thread.

Vermont and Rhode Island also acted to ensure that the right to make decisions regarding pregnancy will remain protected in their states, regardless of what the Supreme Court might do to Roe v. Wade. And Nevada, whose voters had already ratified abortion rights at the ballot in the 1990s, repealed a law that put people at risk of prosecution for ending a pregnancy on their own and updated its informed consent law to be aligned with the current standard of care.

In California, a coalition of student organizers from across the state led the campaign to pass a first-in-the-nation law to guarantee access to abortion pills on state college campuses and universities at student health centers. More than half of all students in University of California and California State Universities are low income, and students of color, low-income students, first-generation college students, and students who are already parents or supporting their families are particularly harmed by barriers to accessing comprehensive reproductive care. This move ensures that thousands of students can get timely and affordable access to abortion care on campus when they need it.

Maine enacted two new laws. The first allowed qualified, non-physician health care professionals to provide abortion care, increasing the number of publicly-accessible health centers where someone could get an in-clinic abortion procedure from 3 to up to 18 locations. The second guaranteed that abortion will be covered in public and private health care plans, ensuring that people don’t have to choose between paying their bills and getting the abortion care they need.

We haven’t seen such robust protections enacted since the early 1990s — the last time people feared that the Supreme Court might overturn Roe. Recognizing the unique moment in which we found ourselves, ACLU staff at national and state offices worked to help secure these wins and channel fear and anger into action, whether by providing testimony and expert analysis, collaborating with coalition partners and lawmakers to successfully fend off attacks, or mobilizing constituent support.

The threat to abortion rights has by no means passed and the work isn’t over. We know that states passed these abortion bans in the hopes that the Supreme Court will take up one of the cases challenging them and rule to overturn or further dismantle Roe. And we know that more states are lining up to join them by passing additional bans when their legislatures reconvene in January.

Abortion opponents never rest, but neither do we. We will continue to prepare for and combat the worst effects of the Trump era while working to build a world in which all people can make the reproductive decisions that are best for them and can obtain the care they need.

Part of an end of year wrap-up series. Read more:

Under Attack by Trump, Immigrant Justice is Advancing in the States

The Death Penalty in 2019: A Year of Incredible Progress, Marred by Unconscionable Executions

In 2019, We Fought Across the Country to Dismantle Mass Incarceration. We Won on Multiple Fronts.

In the Midst of Trump’s Attacks, Offshoots of Progress in Congress for Immigrants’ Rights