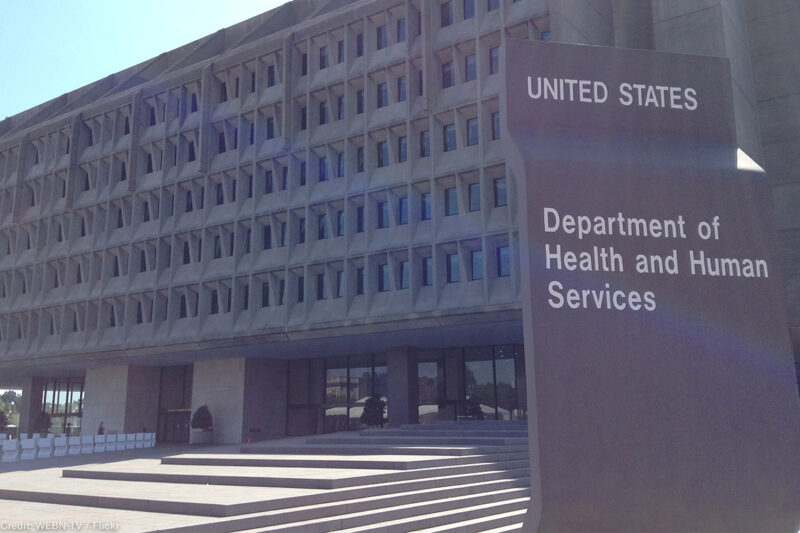 Since taking office, the Trump administration has launched a systematic attack on laws that exist to protect all of us from discrimination when we seek basic health care. Today, we’re taking them back to court over it.

Last month, the Department of Health and Human Services (HHS) resurrected a policy that allows health care providers — including hospitals, clinics, and doctors’ offices — to use their religious beliefs to withhold critical information and obstruct patient’s access to health care. In 2009, the ACLU challenged the original version of the rule. Ten years later, we filed a lawsuit to, once again, preserve access to evidence-based, nonjudgmental health care and ensure that medical standards — not religious belief — guide health care.

There is no better example of “a solution in search of a problem” than this policy. In finalizing this rule, the government highlighted a number of cases the ACLU brought to protect patients from discrimination. The rule cites three of our clients: Tamesha Means, who was turned away three times by a religiously affiliated hospital in the midst of a miscarriage of a non-viable fetus, without being provided even the basic counseling that her own life could be in jeopardy if she did not access an emergency abortion; Rebecca Chamorro, who was denied a standard postpartum tubal ligation at the religiously affiliated hospital where she was scheduled to give birth — although her doctor was ready and willing to perform it; and Evan Minton, whose hysterectomy was cancelled by a religiously affiliated hospital the day before it was scheduled to take place when the hospital learned he is transgender.

According to the Trump administration, the problem is not that Tamesha Means developed a life-threatening infection, that Rebecca Chamorro had to undergo an unnecessary surgical procedure, or that Evan Minton was denied essential gender-affirming care. The problem is that they all stood up and challenged the institutions that put religious directives before their health and wellbeing.

This rule would do nothing to prevent the harm these patients suffered as a result of being denied care. Indeed, by transforming the hospitals’ unlawful act of turning patients away into a protected exercise of religious liberty, this rule would only cause more patients to be discriminated against and deprived of the care they need. That’s not just a bug in the system — it’s the whole point.

We raised exactly these problems when HHS first proposed this rule in 2018. But HHS moved forward with it anyway, resulting in an even more extreme final rule. HHS has even declined to clarify whether the rule applies in emergency situations, potentially leading to refusals of care with dire consequences.

Like so many of this administration’s policies, the refusal of care rule would have its most profound impact on access to reproductive health care, particularly for the millions of patients — who are disproportionately Black and Latinx — seeking options counseling and a referral for abortion in the Title X program. Under the rule, if a pregnant patient requests counseling, a nurse could refuse to provide information about abortion, leaving that patient without a complete picture of the available options. The clinic where the nurse works may not know that the patient did not receive complete counseling because, under this policy, the clinic is only permitted to ask staff members about their objections to doing their jobs once a year.

And even if the clinic learns that the nurse is refusing to provide complete options counseling to patients, the rule is so absolute that the clinic could have no option but to hire additional staff to provide the services or risk losing all its federal funding if it violates the rule. Because that is unrealistic for most clinics operating under extremely tight budgets, practically this means the clinic would likely have to cut services, diminish the quality of those services, or discontinue them altogether.

The refusal of care rule’s failure to account for patients’ wellbeing not only flies in the face of everything the Title X program stands for, it also undermines basic principles of medical ethics and informed consent.

The ACLU and NYCLU brought this challenge with two organizations who have been leaders in this fight: the National Family Planning & Reproductive Health Association (NFPRHA), the lead national advocacy organization for the Title X family planning program representing hundreds of health care providers across the country; and Public Health Solutions, Inc. (PHS), the largest public health nonprofit serving NYC, including tens of thousands of uninsured and underinsured New Yorkers each year. We refuse to stand by as access to health care is pushed further out of reach for this country’s most vulnerable populations.

The refusal of care rule violates the Constitution and numerous federal legal protections for patients and so the rule should be prevented from going into effect. Contrary to what this government would have you believe, the “problem” is not that people are seeking basic health care; the problem is that the Trump administration is doing everything it can to undermine access to that care as well as to embolden discrimination in the process.