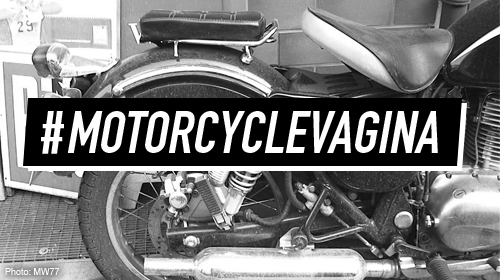 Yesterday, Governor Pat McCrory broke his word and ignored his constituents when he signed the #motorcyclevagina bill, which includes sweeping anti-abortion provisions that could force clinics across the state to close.

McCrory’s signing follows one in Texas, where earlier this month Governor Rick Perry passed a similar bill that could force dozens of clinics to close across the state. (This is the bill that Wendy Davis filibustered for an impressive nearly-12 hours in her awesome pink sneakers, and that thousands of Texans showed up to protest).

And earlier this year, legislators in Arkansas, North Dakota, Kansas, Wisconsin, Alabama, and even more states passed bills that put legislators in doctors’ offices. As we’ve said before, being part of this list is not a badge of honor. Legislators across the country are interfering with these deeply private decisions.

North Carolina’s newest restriction on abortion access turns back the clock on women’s health care. It may be 2013, but instead of expanding access to health care, enabling doctors to take better care of their patients, and allowing women to make their own decisions, this new law aims to prevent our medical professionals from providing the care we need, when we need it. Medical experts, include the American Congress of Obstetricians and Gynecologists, oppose this kind of blatant interference with personal private health care decisions and strongly oppose the bill.

Politicians must think we are stupid by trying to push these bills out while claiming, at the same time, they support women’s health. But we won’t be fooled. Unfortunately this trend will continue if we do not take action. Let’s keep the drumbeat going, let’s #StandWithWomen, and let’s show these politicians that we mean business.