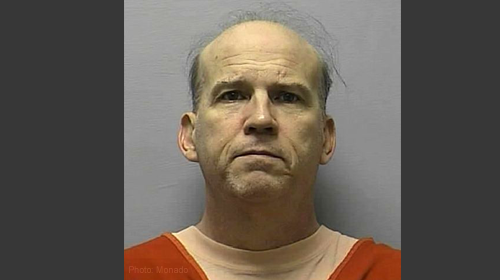 Almost five years ago, the life of a man – a physician and father of four widely regarded as kind, compassionate, and dedicated to his patients – was abruptly ended. On a Sunday in late May of 2009, while Dr. George Tiller handed out flyers at his church in Wichita, Kansas, he was shot in the head at point blank range by Scott Roeder. What had Dr. Tiller done wrong? He was a doctor who provided legal, constitutionally protected medical care to women. But all Scott Roeder saw was an abortion provider, and Scott Roeder believes that abortion is wrong.

So he killed him.

Roeder has already been convicted of first-degree murder. But today the Kansas Supreme Court will hear further arguments about Roeder’s crime. Though he fully admits to killing Dr. Tiller, Roeder appealed his conviction, and is asserting that he should be guilty only of voluntary manslaughter. In Kansas, voluntary manslaughter, an “imperfect self-defense,” allows a defendant to argue that he truly believed in the moment that he was justified in using deadly force. In this case, that means that Roeder is asking for a lesser sentence for killing Dr. Tiller because Roeder truly believes that abortion is wrong. As my colleagues have written before, Roeder is asking the court to conclude that “vigilantism is okay if you really mean it.”

Four years ago today, the ACLU and the National Abortion Federation (NAF) filed a friend-of-the-court brief to ask the court not to support Roeder’s plea for voluntary manslaughter. We filed another in today’s proceedings, joined by the Center for Reproductive Rights. Holding Roeder accountable for his violent action is not only imperative to ensuring that all abortion providers enjoy the full protection of the law; finding Roeder to be less culpable of murder simply because he sincerely believed abortion should not be legal, puts all of us, anyone who has ever exercised a constitutional right, at risk. As the Kansas Supreme Court previously held in a similar case, “[i]f every person were to act upon his or her personal beliefs in this manner, and we were to sanction the act, the result would be utter chaos.”

Threats of violence – and even acts of violence – against abortion providers continue to this day. Even before Dr. Tiller was killed, he drove an armored truck with bombproof glass, and wore a bulletproof vest. But abortion is an important and legal medical procedure, one of many that a woman might need during her life. The decision whether or not to have a child is complex and deeply personal. It is one that should be left to a woman, her family, and her doctor. And doctors who provide this care should not have to fear for their lives.

Dr. Tiller was an inspiration and friend to countless women and families. Every day, we remember his dedication. We thank him for his kindness, service, and inspiration. And we fight every day to ensure that his legacy continues.